Billionaire Elon Musk is now the owner of Twitter and is cleaning house.

The Washington Post reported Musk’s $44 billion deal with the company closed on Thursday.

One person also said Sean Edgett, the company’s general counsel, was pushed out of the company.

According to the Post, the top executives were “hastily escorted” out of Twitter’s headquarters.

the bird is freed

The announcement was met with mixed reactions.

This bird feels like it’s heading into a glass door or very large window https://t.co/yaDUecHLA1

Another user wrote, “Hope you will not let any one cage it.”

Hope you will not let any one cage it https://t.co/spVvEkbDzM

One declared this will “free speech.”

Related:
These 5 High-Profile Republicans May Stand in the Way of McCarthy's Ascension

The Eagle has landed of our times.

Check out more reactions below:

Two kinds of people— those pleased with this and those panicked by this. Note carefully who lines up where. https://t.co/UM0aJ5XFia

Thank you for standing up for free speech… https://t.co/v8TUafMBK9

Congratulations @elonmusk ! You are set free little bird #Twitter , now we need to work all together to set free big one https://t.co/giip3wXtss pic.twitter.com/FYPaXb1LxV

It might be time to delete the app. https://t.co/jlgPBLFzO8

Elon Musk’s acquisition of Twitter seems to be annoying all the right people. 😉

If anyone really thinks Elon Musk will allow free speech at his expense you don't know him- like all right wingers he is a hypocrite. He blocked people for mocking him in the past. I can 100% assure you that Musk will quietly ban people from platform for being "mean" to him.

Musk is expected to hold a companywide town hall Friday.

“The reason I acquired Twitter is because it is important to the future of civilization to have a common digital town square, where a wide range of beliefs can be debated in a healthy manner, without resorting to violence,” Musk said.

He continued, “There is currently great danger that social media will splinter into far-right wing and far left-wing echo chambers that generate more hate and divide our society.”

Concluding his message, Musk acknowledged Twitter “cannot become a free-for-all hellscape, where anything can be said with no consequences!”

Musk continued, “In addition to adhering to the laws of the land, our platform must be warm and welcoming to all, where you can choose your desired experience according to your preferences, just as you can choose, for example, to see movies or play video games ranging from all ages to mature.”

Savannah Rychcik
IJR, Writer
Former FBI Investigator Shares His Theory on the Murders of Idaho Students as Classes Resume
Dem Rep Criticized After Declaring Words 'Can Actually Break Your Bones'
Merriam-Webster Reveals Word of the Year: 'A Word for Our Time'
NFL Quarterback Deletes Tweet After Using Profanity to Slam Critic
Amy Coney Barrett Asked by Former Members of Christian Group to Step Away From LGBT Case
See more...
Comment Down Below
Advertisement 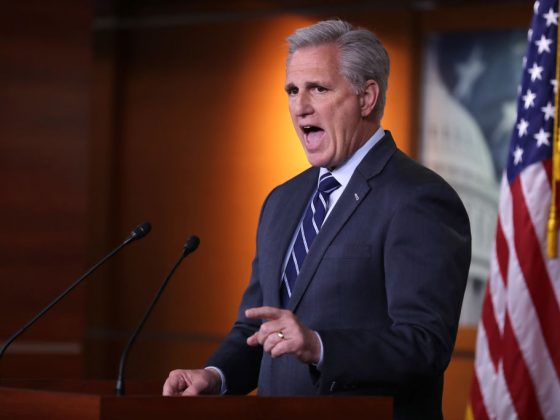