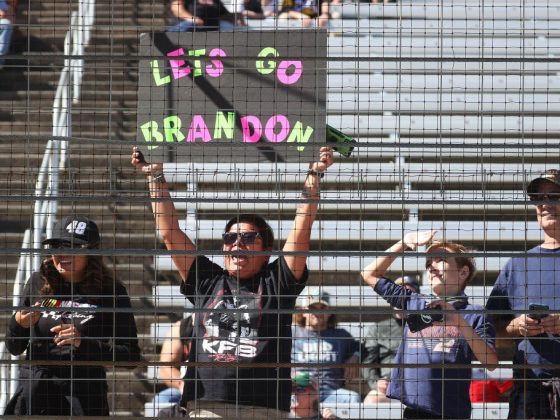 A would-be burglar in Ohio got more than he bargained for early Friday morning.

Police said a man entered a south Toledo home through the front door at around 1:00 a.m. — but that was as far as he got, according to WKYC-TV.

Police said a woman who lived in the home fired a gun at the intruder, hitting him several times.

The man then staggered out of the house and collapsed on the front lawn, where he was found by first responders.

He was rushed to a hospital with what were described as life-threatening injuries and remains in critical condition, WKYC reported.

Trending:
SNL Finally Takes Shot at Biden Now That Approval Ratings Are in the Gutter: 'Old' Vs. 'New' Joe

There were several children in the house at the time of the incident, according to the outlet.

The woman who shot the gun was taken in for questioning by police. A police report indicated that more than one person had fired at the intruder.

The occupants of the home were identified by the Toledo Blade as Thomas and Tonya Foust.

As of Friday afternoon, police had not identified the man who was shot.

Nobody else was injured.

Sgt. Adam Fish of the Toledo Police Department confirmed to the Blade that the incident was reported as an alleged attempted burglary.

The incident is one of several across the country this week in which armed homeowners have defended themselves.

WUSA-TV reported that a man was killed on Monday evening in Germantown, Maryland, when he was shot by a homeowner during an apparent attempted burglary.

The homeowner had called police as the man, identified by police as 31-year-old Louis Alfredo Sanchez, attempted to break into his home. When Sanchez entered the home, the homeowner shot and killed him.

No charges have yet been filed against the homeowner.

A similar incident took place in Dallas on Wednesday, according to KTXA-TV.

A homeowner shot and killed an alleged robber who had broken into his home, telling first responders that he had feared for his life.

The homeowner was interviewed by detectives and released pending a referral to a grand jury.

YouTube banned Bryson Gray's song criticizing Biden, but that has only fueled more listeners to download it.
By Grant Atkinson, The Western Journal  October 25, 2021

Nine months into his administration, "Saturday Night Live" gave President Joe Biden a light little bit of a jab for once.
By Jack Davis, The Western Journal  October 24, 2021

When a protesting parent described the contents of one book, a school board member interrupted to remind her there were children present.
By C. Douglas Golden, The Western Journal  October 24, 2021

The Chinese Communist Party's history of silencing its opponents, and the fact that this took place in Beijing itself, make this suspicious.
By Isa Cox, The Western Journal  October 24, 2021

Conservative students organized a candlelight prayer vigil, which was entirely too much for the fascistic members of antifa.
By Isa Cox, The Western Journal  October 24, 2021

A migrant caravan led by a man who lashed out at the U.S. and Mexico, is heading north to test the southern border.
By Jack Davis, The Western Journal  October 24, 2021

A black federal judge who glorified the George Floyd protesters just gave out the harshest sentence yet for the Capitol incursion.
By Jack Davis, The Western Journal  October 24, 2021

When Fire Breaks Out in Home, 3-Year-Old Boy Hides Under Covers Until Deputy Makes Heroic Rescue

An older child might know to exit the home, call 911 or run to a neighbor, but the youngster hunkered down under the sheets on the bed.
By Amanda Thomason, The Western Journal  October 23, 2021

Little Chico had some puncture wounds and a broken rib, but he healed up just fine and is back home now, enjoying supervised outside time.
By Amanda Thomason, The Western Journal  October 23, 2021

On her Wednesday podcast, podcaster Megyn Kelly said this was part of a 'experimental transgender education program.'
By C. Douglas Golden, The Western Journal  October 23, 2021
Next