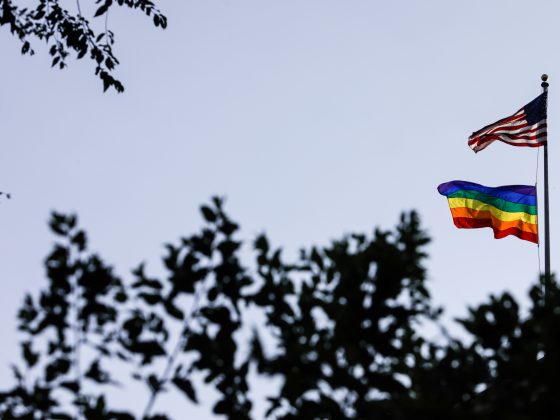 President Joe Biden says it is “inevitable” that changes will be made to his proposed $2 trillion infrastructure package and that he welcomes debate on it.

During an event on Wednesday, Biden said, “Democrats and Republicans will have ideas about what they like and what they don’t like about our plan. That’s a good thing. That’s the American way. That’s the way democracy works.”

“Debate is welcome. Compromise is inevitable. Changes are certain,” he added.

He went on to say he and Vice President Kamala Harris will be meeting with Democrats and Republicans to discuss his proposal. He added, “And we’ll be listening.”

“We’ll be open to good ideas and good faith negotiations. But here’s what we won’t be open to. We will not be open to doing nothing.”

President Biden on his infrastructure plan: "Debate is welcome. Compromise is inevitable. Change is certain." pic.twitter.com/R6yTmUI2GN

Biden has called his proposal a “once-in-a-generation investment in America, unlike anything we’ve seen or done.” As Reuters notes, it aims to rebuild the nation’s roads and bridges, combat climate change, and would “give the federal government a bigger role in the U.S. economy than it has had in generations, accounting for 20% or more of annual output.”

To pay for his bill, Biden has proposed raising the corporate tax rate from 21% to 28%.

While most legislation requires 60 votes to pass the Senate, Democrats are considering using a process known as budget reconciliation to pass the infrastructure package with just 51 votes, with Vice President Kamala Harris casting the tie-breaking vote.

Senate Minority Leader Mitch McConnell (R-Ky.) said of the law, “If it’s going to have massive tax increases and trillions more added to the national debt, it’s not likely” he would support it.

If Democrats use reconciliation and can lock in the votes of all 50 of their members, Harris could cast the necessary 51st vote. However, not every Democrat appears to be on board with the infrastructure package as it stands today.

Sen. Joe Manchin (D-W. Va.), a key senator, told radio host Hoppy Kercheval on Monday that he would not support the bill “as the bill exists today.” Specifically, he said he opposes raising the corporate tax rate to 28% but would support raising it to 25%.

“It’s more than just me, Hoppy. There’s six or seven other Democrats who feel very strongly about this. We have to be competitive, and we’re not going to throw caution to the wind,” he added.

If Manchin opposes the bill and no Republicans vote for it, Democrats would be hard-pressed to find votes in the Senate to pass the legislation.

On Saturday, it was announced that the Department of Veterans Affairs will now be funding the gender transitions of transgender veterans.
Michael Austin, The Western Journal June 22, 2021

Hundreds of people commented to extend their own gratitude for Beas' service, both those who share the same city and complete strangers.
Amanda Thomason, The Western Journal June 22, 2021

The idea that paintings by a man who just recently became a serious artist would immediately be worth up to $500,000 seems questionable.
Grant Atkinson, The Western Journal June 22, 2021

After Iran's election, the new prime minister of another Middle Eastern country warned the United States not to rejoin the Iran nuclear deal.
Grant Atkinson, The Western Journal June 21, 2021

” I can’t think of anyone whose life was improved by that.”

“We can’t wait until the next election.”

'Nebraska is stepping up to help Texas respond to the ongoing crisis on their border with Mexico,' said Nebraska Gov. Pete Ricketts.
Taylor Penley, The Western Journal June 21, 2021

“The president’s effort to continue that fight doesn’t stop tomorrow at all.”