As gas prices soar across the country, President Joe Biden attempted to explain the benefits of electric cars. Predictably, his explanation was more confusing than it was helpful.

Biden was giving a speech Thursday describing his two massive spending sprees, also known as the Build Back Better plan and infrastructure bill.

According to a White House transcript, Biden was describing the need to replace buses and cars with electric alternatives like rail and electric cars.

“When you buy an electric vehicle, you can go across America on a single tank of gas, figuratively speaking,” Biden said. “It’s not gas. You plug it in.”

BIDEN: “When you buy an electric vehicle, you can go across America on a single tank of gas figuratively speaking. It’s not gas. You plug it in.” pic.twitter.com/5M8i96GtVD

Biden at least admitted his “tank of gas” analogy was figurative, so he apparently understands electric cars do not actually run on gas. That is where his knowledge of electric cars seems to end.

Biden’s suggestion that you can drive across the country in an electric car on the equivalent of one tank of gas is false on multiple levels.

First, electric cars have a shorter range than gas cars. The average electric car can travel 250-350 miles on a single charge, the UC Davis Institute of Transportation Studies reported. The 350-mile range is comparable to many gas cars, but UC Davis said only higher-end brands like Tesla have that range.

To most logical people, the equivalent of one tank of gas would be a full charge in an electric vehicle. Considering the country is a lot longer than 350 miles, it would be impossible to travel across the country on one charge.

Once the electric car does run out of gas, re-charging it is not nearly as simple as getting a tank of gas.

UC Davis reported in a standard 120V outlet like the ones in a normal home, a fully electric car can take 20 or more hours to charge. Even with a 240V outlet, full charging takes four to eight hours.

Some vehicles are equipped for “fast charging,” meaning they can get an 80 percent charge in about 20 minutes. That is still significantly longer than a typical stop for gas.

This is not to say that no one should buy an electric car, because they certainly have benefits. However, stopping for 20 minutes every 250-350 miles on a road trip is undoubtedly an inconvenience.

When Biden says electric cars can go across the country in one figurative tank of gas, his comment is at best misleading and at worst completely ignorant. In reality, electric cars have to stop more often and for longer than gas cars.

It is easy to see why Biden would want to start pushing electric cars. In just the last couple of months, gas prices have skyrocketed at an alarming rate around the country.

According to AAA, the national average for a gallon of gas was $3.399 as of Thursday. That was an increase of more than 20 cents since the previous month, when the average was $3.187.

Every time Americans go to the gas pump, price increases remind them of the current state of our country under Biden. He can lie about electric cars all he wants, but he cannot hide what’s happening in the United States. 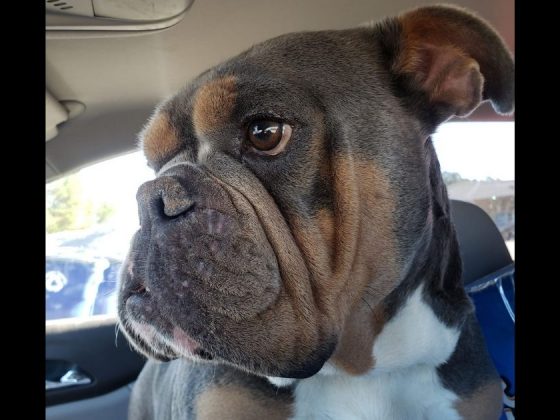