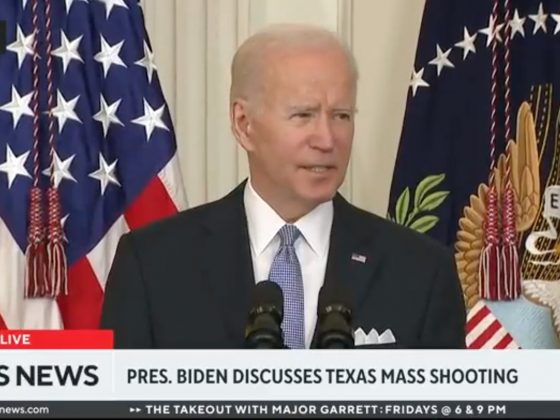 Actor and comedian Bob Saget was nearing the time of what he did not know would be his final comedy appearance.

Before he took the stage at the Ponte Vedra Concert Hall near Jacksonville, he had something he wanted to say to his daughter.

Aubrey Saget, 34, shared with the world on Monday the final text she received from her father, who was found dead Sunday in an Orlando hotel room.

“Thank u. Love u. Showtime!” Saget’s message to his daughter read, according to People.

Saget, 65, was performing his “I Don’t Do Negative” tour over the weekend.

The Orange County Sheriff’s Office said that foul play was not suspected in Saget’s death, nor was there any sign of drug use.

In the popular television show “Full House,” which ran from 1987 to 1995, Saget played Danny Tanner, a role he reprised in 2016 on the Netflix revival “Fuller House.”

Saget left the world with an upbeat message posted to Instagram on Saturday night.

“Okay, I loved tonight’s show @pontevedra_concerthall in Jacksonville. Really nice audience. Lots of positivity. Happened last night in Orlando last night at the Hard Rock Live too. Very appreciative and fun audiences,” he wrote, posting a shorter version of his message on Twitter.

“I had no idea I did a two hour set tonight. I’m back in comedy like I was when I was 26. I guess I’m finding my new voice and loving every moment of it,” he wrote.

“A’ight, see you in two weeks Jan. 28 & 29 @pbimprov with my brother @therealmikeyoung – And check BobSaget.com for my dates in 2022,” he wrote, setting up one final poignant line.

“Goin’ everywhere until I get the special shot. And then probably keep going cause I’m addicted to this s***. Peace out,” he wrote.

Saget’s family issued a statement Sunday about his passing.

“We are devastated to confirm that our beloved Bob passed away today. He was everything to us and we want you to know how much he loved his fans, performing live and bringing people from all walks of life together with laughter,” the statement read, according to People.

“Though we ask for privacy at this time, we invite you to join us in remembering the love and laughter that Bob brought to the world.”

Saget is survived by his wife, Kelly Rizzo, and his three adult daughters — Aubrey, Lara and Jennifer — from his first wife, Sherri Kramer.

Saget said his off-screen life as a dad was even more fun than portraying one on TV.

When I was a kid, I didn’t have a dad or know who mine was.

I had my grandfather, but not a *dad*.

Bob Saget playing such a pivotal part in Full House, and Danny Tanner being such an amazing dad, made me feel like I *had* a father figure.

He and Mr. Feeny were the big ones.

“They are the light of my life. I am a fortunate man in that all three of my daughters are exceptional,” he told People in 2016.

He voiced similar sentiments during an appearance on the “Religion of Human Nature” podcast with Rabbi Jeremy Fine, according to Romper.

“My daughters couldn’t make me more proud,” he said. “The only reason I think I could be a good parent is because of how remarkable my daughters are … they are empowered strong women.”

Tuesday morning was busy for firefighters in Mission, Texas, as they responded to calls for help after heavy rains and flooding hit the area.
By Amanda Thomason, The Western Journal  May 25, 2022
Next