Transportation Secretary Pete Buttigieg, who has been on paid paternity leave as America’s transportation crisis has grown, said a huge dose of partisan spending will fix everything — just not very soon.

“Certainly a lot of the challenges that we’ve been experiencing this year will continue into next year. But there are both short-term and long-term steps that we can take to do something about it,” Buttigieg said, according to CNN.

Buttigieg appeared Sunday on the CNN show “State of the Union” to call for passage of an infrastructure bill to deal with roads, bridges and outdated port facilities.

The bill, which cleared the Senate with bipartisan support, has been held hostage in the House due to a larger package of social program spending that has caused divisions in the ranks of congressional Democrats.

When asked about the Democratic infighting, Buttigieg said he was fully in support of everything that President Joe Biden, who named him to his Cabinet post, wants in the way of spending.

Trending:
Harris Does Not Join Biden in Meeting for Voting Rights — Even Though She Was Tapped to Lead the Effort

“So if you care about inflation, you ought to care about not just the supply chain issues, not just the infrastructure things I work on, but also the provisions in ‘Build Back Better’ like paid family leave, like making it easier to afford childcare, like community college, that are going to give us a stronger labor force and help us deal with that major constraint on economic growth,” he said.

Buttigieg also responded to criticism from Fox News host Tucker Carlson who jabbed Buttigieg by suggesting that taking paid paternity leave at the height of a grave infrastructure crisis might not be the best option for a $221,000-a-year Cabinet secretary.

“Pete Buttigieg has been on leave from his job since August after adopting a child. Paternity leave, they call it. Trying to figure out how to breastfeed, no word on how that went,” Carlson said Thursday.

In his appearance on CNN on Sunday, Buttigieg talked about his parental devotion to the children he and his husband Chasten adopted this summer.

The thing about paternity leave is there isn’t much for dad to do when the baby is a newborn, especially if mom is breastfeeding. His main role is to take care of mom as she recovers but of course that doesn’t apply to Buttigieg so I’m not sure why he needs paternity leave at all

“As you might imagine, we’re bottle-feeding and doing it at all hours of the day and night,” he said

“And I’m not going to apologize to Tucker Carlson or anyone else for taking care of my premature newborn infant twins,” Buttigieg said.

“The work that we are doing is joyful, fulfilling, wonderful work. It’s important work, and it’s work that every American ought to be able to do when they welcome a new child into their family. I campaigned on that,” he said, referring to his 2020 campaign for the presidential nomination, which he abandoned to endorse his current boss.

Buttigieg insisted while he was on leave, he was always on the job.

“Even though I’ve been on paternity leave, and I’m proud of it, obviously given the nature of my job, when you take a job like mine, you understand and accept that you’re going to have to be available 24/7, depending on what’s going on, and you’re going to have to engage, and I did even if that meant taking a phone call or making a decision from a hospital room,” he said, according to The Hill.

However, that is not what the Department of Transportation said last week when it revealed that Buttigieg had not been around since August.

“For the first four weeks, he was mostly offline except for major agency decisions and matters that could not be delegated,” a spokesman for the Department of Transportation said, according to Politico.

Mike Lindell says even his bankers are now trying to distance themselves from him, but says he will not make it easy for them.
By Jack Davis, The Western Journal  January 16, 2022

A Democratic Virginia lawmaker who served time for an illicit relationship with an underage girl has been pardoned by the outgoing governor.
By Jack Davis, The Western Journal  January 16, 2022

A man charged with murdering a 19-year-old Burger King clerk in an NYC robbery screamed to those around him about reparations.
By Jack Davis, The Western Journal  January 16, 2022

Trains passing through Los Angeles are being looted, but the LA County district attorney is not willing to help the Union Pacific fight back.
By Jack Davis, The Western Journal  January 15, 2022

A Texas synagogue was livestreaming a Shabbat service on Facebook when a hostage situation began to unfold.
By Jack Davis, The Western Journal  January 15, 2022

All four were cited for trespassing, hunting during illegal hours and hunting from a moving vehicle, according to authorities.
By C. Douglas Golden, The Western Journal  January 15, 2022

One America News Dropped from Direct TV in Shock Decision

Any content that disagrees with their narrative is labeled as “misinformation” and simply removed from the national conversation.
By Elizabeth Stauffer, The Western Journal  January 15, 2022

Pennsylvania Republicans are fighting mad, and fighting back, over reports of flights that bring illegal immigrants into their state.
By Jack Davis, The Western Journal  January 15, 2022

Young went out on her rescue board to help the animal, escorting it back to the beach but giving it a respectable distance.
By Amanda Thomason, The Western Journal  January 14, 2022 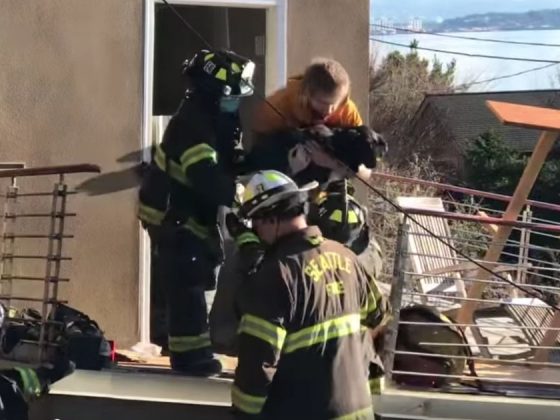 Neighbors kept their ears open for any sounds that might indicate that the dog was still alive, but the days continued to pass with no sign.
By Amanda Thomason, The Western Journal  January 14, 2022
Next