Eliminate the sale of new gas cars by 2035, California said. It’ll be great, they said.

Right. California’s recent energy debacle — in which the state lawmakers banned the sale of new vehicles with internal combustion engines in the not-too-distant future just a few days before they told electric car owners not to charge their vehicles brought home the issues with EVs — is hitting home, and in more ways than one.

For instance, if you own a Tesla and you live in the People’s Republic of Newsom, you might have gotten a not-entirely-friendly reminder delivered via the car’s wireless network.

WARNING: The following tweet contains graphic language that some readers will find offensive.

This bullshit was on the screen of my Tesla yesterday when I got in the car pic.twitter.com/ioZ3W2p4ig

“The current heat wave is expected to stress California’s grid this weekend. Use the Scheduled Departure setting to ensure your vehicle is charged and preconditioned to your preferences at time of departure, while avoiding charging during higher price evening hours between 4-9 PM,” the warning read.

California’s current coping mechanisms for dealing with the energy shortage include what are known as Flex Alerts. Issued by the California Independent System Operator — a nonprofit that manages the grid for most of California and some of Nevada — Flex Alerts are basically a plea for residents to voluntarily stop using electricity between the peak hours of 4 p.m. and 9 p.m.

If you don’t voluntarily stop, of course, then not-so-voluntary and rolling blackouts begin.

The owner of the vehicle — real estate investor Mike Bolen, whose blue-checkmark Twitter profile states he spends part of his time in Napa, California — was obviously furious, and rightfully so. One doesn’t buy a luxury EV only to be told when one should be charging it.

This isn’t the first time Tesla owners have been asked to not charge their EV during peak hours. As the Tesla-centric website Teslarati reported in 2020, Tesla owners received similar notices about the once-Golden State’s energy crisis then.

And it hasn’t just hit California.

Related:
Newsom Attacks DeSantis for Gun Bill, Then Father of Shooting Victim Gives Him Awakening: 'Sit This One Out'

Obviously, however, California is where residents should be worried the most. At the same time state officials are banning the sale of gas-powered cars and then turning around and telling EV owners not to charge their autos, they’re also kneecapping themselves in terms of energy production.

Liberal California has led the way in trying to transition to renewable energy before the technology is either ready or necessary. That’s part of the reason California is in such a mess right now.

According to a Wednesday report in The Sacramento Bee: “California’s increasing reliance on solar power and other renewable sources has made the grid susceptible to blackouts in the early evening, when solar panels go dark but the weather stays hot.”

CISO president and chief executive Elliot Mainzer told the Bee that the grid is facing “energy deficits of 2,000 to 4,000 megawatts, which is as much as 10 percent of normal electricity demand.”

In the meantime, Gov. Gavin Newsom has also responded by signing legislation providing a $1.4 billion loan that would keep California’s lone nuclear reactor — responsible for 5 percent of the state’s electricity — open until 2030. The state’s green energy plan had called for closing it by 2025.

And on Monday, CISO called on the state Department of Water Resources to activate four Sacramento-area generators powered by natural gas to generate electricity amid the current crunch.

These are the mixed priorities of officials in California. At the same time they’re working to ban all new cars that don’t run on electricity, they’re also reducing the only current sources of cheap and reliable electricity: Fossil fuels and nuclear fission. And all while tacitly admitting how dependent they are on those exact sources.

How is that tenable? An easy way to make energy rationing work is if government officials could use its power to control the energy-intensive appliances you use. Obviously, cars would be the biggest electricity hog in driving-centric California. What if the government could control EVs by determining how fast you drive, how far you drive — or whether you can drive at all?

You know — the same kind of EVs that are now sending drivers remote messages about Flex Alerts.

If California’s grid is as stressed as it is this summer, and the state’s residents start buying more and more EVs in the future, will these messages remain simple reminders about Flex Alerts? Or will drivers get ever-sterner messages telling them that, sorry, the state has decided they don’t really need to go out for groceries right now?

Because, make no mistake, these sorts of reminders — and Twitter users besides Bolen have reported they received them, too —  are evidence the technology exists to control your car remotely. It may be rudimentary right now, the same way Teslas were pretty rudimentary things 13 years ago.

In another 13 years, when California claims it’ll be banning the sale of new gas-powered cars, the technology might well have progressed to the point you see this:

“Our records show you burned 10lbs of fossil fuels this month in your choice of groceries. We regret to inform you that your vehicle is restricted 50 miles per day for 30 days to bring your carbon allowance within California State regulations. To dispute this charge call…”

You are lucky Tesla did not lock you out of charging the car until Tesla decided it was ok to charge, which could take days. That feature is soon coming to Tesla vehicles. Solution: sell the Tesla for a gas burning car.

It’s not that I’m predicting this will happen. I’m sure the courts and politicians with some shred of sanity remaining will have something to say about whether or not the state can restrict how you drive your EV. The fact that it could happen, however, should scare all of us.

Without proper protections, owning an EV is inviting the state into your car — and putting it in the driver’s seat.

Wake up and smell the gasoline, America.

CORRECTION, Sept. 14: The Western Journal corrected an erroneous reference to nuclear “fusion” to “fission” in this commentary. 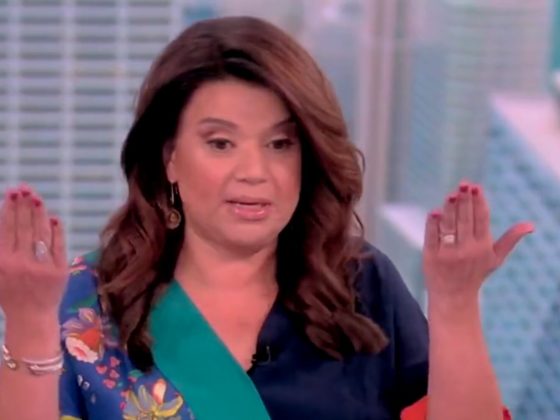