The Chinese president said that the United States could cause a diplomatic strain if U.S. House Speaker Nancy Pelosi (D-Calif.) visits the island claimed by China, according to a report by Reuters.

“Those who play with fire will only get burnt,” Chinese state media quote Xi as telling Biden, according to Reuters. “(We) hope the U.S. side can see this clearly.”

The same report indicated that Taiwan has faced increased threats from mainland China and its communist government, and the United States has been included in the recent warnings due to the potential diplomatic visit.

According to Reuters’ recent reporting, a visit from the House speaker would be seen as a show of support for the island nation.

Biden’s call with Xi was his fifth with the Chinese leader who reiterated China’s belief in the “one-China principle,” which precludes their acceptance of Taiwan as an independent nation.

The policy he referenced is the official diplomatic acknowledgment that there is only one Chinese government which the United States recognizes and has formal ties with mainland China rather than the island of Taiwan, according to the BBC.

This policy is the cornerstone of United States relations with China and the nation sees it as a way of solidifying its belief that Taiwan is a breakaway province and should be reunified with the mainland.

China has warned that it could take action if Pelosi visits their neighboring nation despite Washington not having official diplomatic relations with Taiwan.

Despite the United States’ official recognition of the “one-China policy,” U.S. law requires that the United States provide the island with a means to defend itself, according to the Reuters report.

The U.S. Department of State Bureau of East Asian and Pacific Affairs issued a Fact Sheet about the United States’ relations with Taiwan, noting that “the United States and Taiwan share similar values, deep commercial and economic links, and strong people-to-people ties.”

The Department of State expressed later in the disclosure, “the United States makes available defense articles and services as necessary to enable Taiwan to maintain a sufficient self-defense capability -– and maintains our capacity to resist any resort to force or other forms of coercion that would jeopardize the security, or the social or economic system, of Taiwan.”

The White House issued a statement about the conversation following the call saying that it was “part of the Biden Administration’s efforts to maintain and deepen lines of communication between the United States and the [People’s Republic of China].”

“The two presidents discussed a range of issues important to the bilateral relationship and other regional and global issues, and tasked their teams to continue following up on today’s conversation, in particular to address climate change and health security. On Taiwan, President Biden underscored that the United States policy has not changed and that the United States strongly opposes unilateral efforts to change the status quo or undermine peace and stability across the Taiwan Strait.”

According to the Reuters report, White House national security spokesman John Kirby told journalists before the national leaders’ call that “This [call] is about keeping the lines of communication open with the president of China, one of the most consequential bilateral relationships that we have, not just in that region, but around the world, because it touches so much.” 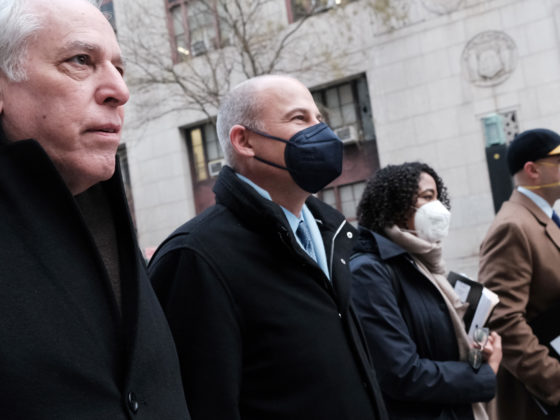