A House panel investigating the Jan. 6 incursion of the U.S. Capitol will get tough with anyone who dares to cross it, one committee member said Thursday.

Democratic Rep. Stephanie Murphy of Florida took a severe stance when she was interviewed on MSNBC.

“We intend to enforce our subpoenas,” she said. “And the first step will be for us to pursue criminal contempt.

“What that means is that the committee will put together a report and then refer it to the House floor. There will be a vote, and then it goes to the Department of Justice.”

The Justice Department could then decide whether to pursue the case or not, although Murphy said she was confident that the Biden administration would support taking as tough a line as possible with any Trump administration officials or supporters of former President Donald Trump that it has targeted.

“I fully expect this Department of Justice to uphold and enforce that subpoena,” she said.

Murphy called the Capitol incursion “an attempt to use political violence to change the outcome of an election.”

She said she wants those who defy the committee to face “the full extent of consequences that is available by the law.”

“I would recommend the full extent of consequences — jail time, fines. We need to make sure that these people understand that this is not acceptable,” Murphy said.

When asked how the panel plans to haul those it wants to hear from before it, Murphy said the effort to do so will be intense.

The committee has subpoenaed Mark Meadows, former chief of staff for Trump; Steve Bannon, a former White House strategist who had left the administration by the time of the incursion; Trump aides Dan Scavino and Kashyap Patel; and various organizers of the rally that took place that day. Bannon has said he will not appear.

Murphy said she wants to know how those in Trump’s orbit were involved in the election protest that eventually devolved into rioting.

“Of Mark Meadows and anyone else in front of us, I want to know how much planning was involved,” she said. “Who was involved in that planning. Who funded it. How they — what their intent was when they came into that day.

“And then what they knew as that day unfolded and the safety and security of people like the vice president and members of Congress were at risk, what they did to either respond or not respond on that occasion.

“What we have to do is lay out the full set of facts and let the American people understand how perilous we were in that moment, how close our Democracy was to going over the cliff. And to ensure that we can lay out the facts and figure out how to fix the situation so that we don’t have anybody who tries to take the opportunity to try to undo a fair and free election.”

Trump has criticized the panel.

“Why isn’t the January 6th Unselect Committee of partisan hacks studying the massive Presidential Election Fraud, which took place on November 3rd and was the reason that hundreds of thousands of people went to Washington to protest on January 6th?” the former president said in a statement issued Wednesday.

“Look at the numbers now being reported on the fraud, which we now call the ‘Really Big Lie.’ You cannot study January 6th without studying the reason it happened, November 3rd,” Trump said.

“But the Democrats don’t want to do that because they know what took place on Election Day in the Swing States, and beyond. If we had an honest media this Election would have been overturned many months ago, but our media is almost as corrupt as our political system!”

“Look at the numbers now being reported on the fraud, which we now call the “Really Big Lie.” You cannot study January 6th without studying the reason it happened, November 3rd.” – President Donald J. Trump

In a statement on Monday, the former president said, “The highly partisan Unselect Committee is just a sideshow to distract America from MASSIVE failures by Biden and the Democrats.

“What happened to the Capitol would have never happened if the people in charge did their job and looked at the intelligence. They abandoned the officers on the ground, just like Biden abandoned Americans in Afghanistan.

“Instead of holding bad leaders accountable, the Democrats are going after innocent staffers and attacking the Constitution.”

Jack Davis, The Western Journal
Report: Democrats in Full Panic Mode, Scrambling to Find Replacement for Biden in 2024
MSNBC, ABC, CBS, NBC Ignore Bombshell Testimony That Clinton Green-Lit 2016 Trump-Russia Allegations
Alleged ISIS Operative Sought to Smuggle Assassins Through Border for Hit on George W. Bush: Court Docs
Op-Ed: Here Are Some Things the Government Should Try as Inflation Spirals Out of Control
Op-Ed: If Abortion Is Good for the Economy, Why Did the Global Economy Explode After the Baby Boom?
See more...
Comment Down Below
Advertisement 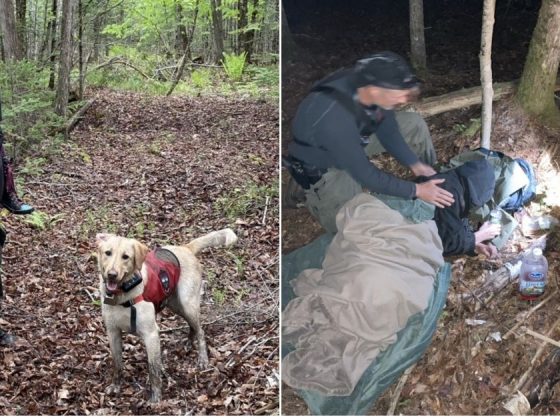