Few people have the spine to stand up to evil.

One Republican senator has shown to be an exception.

The Western Journal reached out to every U.S. senator after the horrid “Drag the Kids to Pride” event took place in Dallas on June 4.

The event featured provocatively dressed transvestites strutting around and dancing in a sexual manner as children looked on. In footage of the event, children can be seen handing the transvestites money — as if they were at a strip club. They may as well have been.

Drag performer taking dollar bills from children at the “Drag the Kids to Pride” event at Mr. Misster bar in Dallas

Toddlers can be seen in attendance pic.twitter.com/RPO8CqsOZ6

Many Republicans and conservatives did not think this was acceptable and called for a ban on children attending drag shows.

Republican Bryan Slaton, a Texas state representative, announced he would be introducing legislation “protecting kids from drag shows and other inappropriate displays as soon as the next legislative session begins.”

Drag shows are no place for a child.

I would never take my children to a drag show and I know Speaker Dade Phelan and my Republican colleagues wouldn’t either.

I will be filing legislation to address this issue in the new #txlege . pic.twitter.com/R7NkX7ADBR

But what is the position of those in Congress, specifically those in the U.S. Senate? Do they believe there should be a ban on children attending drag shows?

We asked this question to every U.S. senator. Only one had something of substance to say. Many others — both Democrats and Republicans — failed to respond or dodged the question entirely.

GOP Sen. Roger Marshall of Kansas sent a striking declaration of his stance:

“What happened to the innocence of children? The hyper-sexualization and grooming of young children have become an obsession of the far-left in this country. Any respectful parent would never allow a child to watch, let alone participate in, pornographic drag shows. The tail has been wagging the dog for too long with this garbage, and the dog is about to bite back.”

These words resonate with what most conservatives — and many concerned parents — are feeling at the moment.

Yet only one U.S. senator was brave enough to utter them.

As Marshall stated, “What happened to the innocence of children?” And why are we not trying to protect children from the hyper-sexualization and grooming that is currently going on in our country?

The drag show for kids held in Dallas was not isolated. These “family-friendly” degenerate events take place in the U.S. all the time and little is done to stop them.

A bakery in NJ hosted a “family-friendly” drag show for all ages. Children hand money to the drag queen who also gets cash stuffed into his bra including from someone who appears to be a minor. pic.twitter.com/gHrAYeL5sB

KIDS DRAG SHOW: A clearly “all ages” Drag Show was put on with Drag Dancers twerking and discarding clothing in the presence of scared and confused looking children here at Pride LA in Hollywood CA | @TPUSA pic.twitter.com/08YryTchTp

Here’s a supercut of the Drag Event with children in attendance today in Dallas, TX—

If I were to bring a toddler or infant into a strip club I would be arrested immediately and CPS would take my child.

A hyper-sexual show is no place for children. pic.twitter.com/ruawPgMfnG

Marshall is correct that such behavior has become an obsession of the far-left in this country. Republicans must fight back against it — if not, they are equally to blame.

“The dog is about to bite back,” Marshall said.

Let’s hope he is right.

If additional senators wish to come forward to support a ban on children attending drag shows, this story will be updated accordingly. 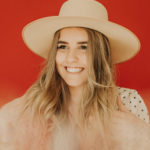 Former President Donald Trump made a surprise visit to a local eatery while on the campaign trail - and helped spark something awesome.
By Bryan Chai, Western Journal  January 29, 2023

Estrella Martín Rasco, a 14-year-old Spanish soccer player, has died, with no word revealed about the cause of her death.
By Jack Davis, Western Journal  January 29, 2023

Several Iranian military and infrastructure sites have been targeted in an orchestrated wave of attacks from the air.
By Richard Moorhead, Western Journal  January 29, 2023

A daughter's troubled history of social media posts included one in which she "abdicated" the throne of the United Kingdom.
By Jack Davis, Western Journal  January 29, 2023

The suspect in the home invasion assault of Paul Pelosi doubled down on his actions in a jailhouse phone call.
By Richard Moorhead, Western Journal  January 29, 2023

The mayor of Cincinnati went viral -- and not for the best reasons -- when he posted a video about the AFC Championship tilt on Sunday.
By Bryan Chai, Western Journal  January 28, 2023

Should Child Rapists Get the Death Penalty? DeSantis Proposal Could Challenge SCOTUS Ruling

Should the death penalty be on the table for child rapists? Florida Gov. Ron DeSantis thinks so.
By Elizabeth Stauffer, Western Journal  January 28, 2023

Michigan state troopers shot and killed a man after he pointed a laser at, and then fired at, a police helicopter.
By C. Douglas Golden, Western Journal  January 28, 2023

Graphic footage has been released of the beating suffered by a Memphis man that led to five police officers facing murder charges.
By Jack Davis, Western Journal  January 28, 2023

"I really think it's third-world that big, massive corporations team up with big tech monopolies to target journalism."
By C. Douglas Golden, Western Journal  January 28, 2023
Next