The 737 MAX has been grounded since March 2019 but the FAA is set on Wednesday to approve the plane’s return to service after a lengthy review, new software safeguards and training upgrades, Reuters reported earlier.

It also requires that risk calculations be based on realistic assumptions of pilot response time, and that risk assessments are shared with regulators.

Boeing and the FAA declined to comment on the legislation. The Senate Commerce Committee plans to vote on Wednesday on a similar FAA certification reform bill, but it remains unclear if Congress will be able to adopt a measure by year end.

“Our intent is to ensure a U.S. manufactured airplane never again crashes due to design issues or regulatory failures,” said House Transportation and Infrastructure Committee Chairman Peter DeFazio, a Democrat, noting that the MAX grounding was the longest in the history of commercial aviation.

DeFazio, a Democrat, said the FAA failed to properly ensure the safety of the 737 MAX, and called aircraft certification “a broken system that broke the public’s trust.”

A report released by DeFazio found the 737 MAX crashes in Indonesia and Ethiopia in 2018 and 2019 were the “horrific culmination” of failures by Boeing and the FAA and called for urgent reforms.

The House bill would extend airline whistleblower protections to U.S. manufacturing employees, require FAA approval of new workers who are performing delegated certification tasks, and impose civil penalties on those who interfere with the performance of FAA-authorized duties.

A young man saw his first day in an English court on Friday after he was charged with attempting to bomb a hospital in northern England.
By John McCann, Western Journal  January 27, 2023

Kevin Sorbo directed and stars in the latest offering from the "Left Behind" movie series, "Rise of the Antichrist."
By Randy DeSoto, Western Journal  January 27, 2023

The poor dog was dropped off on the streets by herself after allegedly being taken from her family's home.
By Amanda Thomason, Western Journal  January 27, 2023

AP Deletes Tweet About 'Dehumanizing' Language: 'We Did Not Intend to Offend'

“We deleted an earlier tweet because of an inappropriate reference to French people.”

Georgia Gov. Brian Kemp has issued an order allowing the National Guard to be called up if violence erupts again in Atlanta.
By Jack Davis, Western Journal  January 27, 2023

President Carter Once Found Classified Docs at His Home, But Bill He Signed Into Law Changed It All

Disputes over how former presidents handle classified documents go back at least to Jimmy Carter, who signed the law regulating them.
By Richard Moorhead, Western Journal  January 27, 2023

“There are no facts that can excuse this violation.” 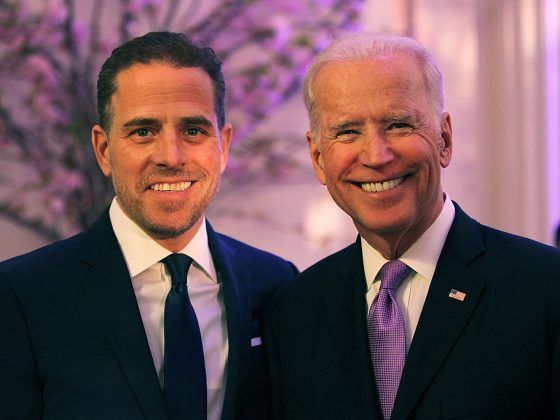 “His art gives us hope; it reminds us that tomorrow brings a new day, a new beginning, a new possibility.”