During last week’s confirmation hearings, Supreme Court nominee Ketanji Brown Jackson was asked by Sen. John Kennedy about the sanctity of life. “When does life begin?” he asked her.

After she chuckled and told him, “I don’t know,” the Louisiana Republican persisted with the question until she explained, “I have personal, religious and otherwise beliefs that have nothing to do with the law in terms of when life begins.” She added that these are views she must “set aside” when making judicial decisions.

Kennedy then asked, “When does equal protection of the laws attach to a human being?”

“Well, senator, I believe that the Supreme Court — actually — I actually don’t know the answer to that question. I’m sorry. I don’t,” she replied.

Jackson, in keeping with her often vague testimony regarding issues that would concern her as a justice, may have left some guessing as to her distinct beliefs. Regardless, her record reveals far more about her assessment of abortion under the law than she lets on herself.

Moreover, while she insists that her rulings would be unaffected by religious conviction, she displays the same secular humanism that has served as the philosophical basis for legal abortion since the infamous Roe v. Wade decision. Her affiliation with Christianity, meanwhile, is little more than a shallow personal accessory.

One may already conclude that Jackson will side with the abortion lobby if seated on the Supreme Court due to the endorsements she has received from radical pro-abortion groups and her history of attacking the First Amendment rights of pro-life protesters. Additionally, President Joe Biden promised from the outset that he was “committed to codifying Roe v. Wade and appointing judges that respect foundational precedents like Roe.”

The most telling example of her affinity for “abortion rights,” however, comes from her time as a law clerk for Justice Stephen Breyer, whom she intends to replace. In 2000, she assisted the liberal justice in Stenberg v. Carhart, a case in which he voted to strike down a Nebraska law banning partial-birth abortion.

This method of infanticide, contrary to the rhetoric of the pro-abortion movement, is exactly what it sounds like. It entails pulling a living baby partially out of its mother’s birth canal, puncturing its head and suctioning its brain. Congress eventually passed a ban on the practice, which the Supreme Court has upheld since.

Jackson clearly believes in a legal right to abortion and has defended it in its most extreme forms. While she told the Senate Judiciary Committee that she doesn’t know when human beings should be granted equality under the law, she obviously doesn’t believe that the unborn or even the partially born are worthy of it. Yet she also stated that she doesn’t know when life begins.

This reasoning isn’t new; it’s similar to what Justice Harry Blackmun conveyed in his 1973 majority opinion as the Supreme Court struck down a Texas abortion law.

“When those trained in the respective disciplines of medicine, philosophy, and theology are unable to arrive at any consensus,” he wrote regarding when life begins, “the judiciary, at this point in the development of man’s knowledge, is not in the position to speculate as to the answer.” Despite this supposed uncertainty, he proceeded to establish a right to abortion, the “settled law” of the court, according to Jackson.

Natural law, one of the foundational concepts of our Constitution, is based on the premise that human beings have been granted rights by a higher entity and that our laws must accommodate them. In the context of Roe, this would imply that if we don’t know when life begins, abortion must not be allowed until we know whether it ends a human life.

But what made Roe such a revolutionary decision was that it uprooted the traditional basis for law and rights, shifting the authority from God to mankind, whose own will is reflected in the state rather than God’s.

“The denial of God does not eliminate the fact that there is an operative god in every religious faith or system. The religious impetus for the present American law and governmental system is humanism, which has become, in effect, a state-established religion.”

Likewise, Blackmun argued in Roe that the court “need not resolve the difficult question of when life begins.” He continued, “We do not agree that, by adopting one theory of life, Texas may override the rights” of a mother who disagrees, for whatever reason, that her child deserves to live.

Whitehead noted, “In effect, the Court held that no abortion law may be based upon any absolute moral value, either biblical or natural, about when life begins.” Simply because there is disagreement on the value of life, the Supreme Court ruled that women must be allowed to act on their particular views for their sake alone. This left the question of an unborn child’s rights to be determined by the whims of its mother along with the court’s own arbitrary restrictions regarding viability.

At its core, Roe was a deeply theological proclamation that mankind, in the place of God, answers to nothing higher than itself and is the arbiter of life and death.

This arrogant posture is what enables Jackson, with a false air of modesty, to withhold an objective answer as to when life begins. It’s the reason she can research the horrific procedural details of killing the unborn and still defend it.

Ever since Roe, the Supreme Court has upheld the humanistic doctrine that the value of life is subjective, which Jackson intends to perpetuate. She, like everyone who has ever held a judicial office, infuses her religious beliefs with the law. Americans are well within their rights to question whether such dogma has any rightful place in our institutions, much less in the nation’s highest court. 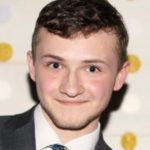 Hudson Crozier, The Western Journal
Liz Cheney Says She Is 'Ashamed' of Republicans, Then Makes Astonishing Claim About FBI
Trump Responds to Garland's Press Conference - 'They Got Way Ahead of Themselves'
Fox News Gives Longtime Anchor Shannon Bream a Historic Promotion
Report: Anne Heche Was on Cocaine During Accident, May Not Survive
Pittsburgh Steelers Star Sued After He Allegedly Ditched Children at His Own Youth Football Camp
See more...
Comment Down Below
Advertisement

Contrary to Cheney's belief, questioning the motives and integrity of an FBI agents is not the same as threatening them.
By Grant Atkinson, The Western Journal  August 12, 2022

Former President Donald Trump is responding to Attorney General Merrick Garland after the federal official ordered a raid of his home.
By Richard Moorhead, The Western Journal  August 12, 2022

Actress Anne Heche had drugs in her system when she drove into a Los Angeles home, leaving her in critical condition.
By David Zimmermann, The Western Journal  August 12, 2022

“I’m so deeply excited for everyone to see what this role is, what it entails and everything it is,” the actor said.

“Will he repeat the performance when he comes to Israel this fall?”

“Instructions were given to authorized structures to carry out negotiations.”

“Do you have any thoughts on Mark Zuckerberg?”

Imagine a child waking up excited to meet an NFL star, only to travel all the way to the site of the camp and find out he was not coming.
By Grant Atkinson, The Western Journal  August 11, 2022

“Our family deeply appreciates the vast ocean of love and support that has come our way.”