On Tuesday, the House of Representatives voted overwhelmingly in favor of legislation to grant Congressional Gold Medals to police officers who fended off protesters during the Jan. 6 incursion into the Capitol.

The bipartisan group of lawmakers passed the legislation 406-21, with conservative Republicans making up the opposition.

Brian Sicknick and Howard Liebengood of the Capitol Police, along with Jeffrey Smith of the Metropolitan Police Department — who all died in the days following Jan. 6 — were mentioned in the resolution.

The legislation also commended the efforts of Eugene Goodman, an officer who prevented protesters from storming the Senate chamber by luring them in another direction. In the wake of the event, Goodman was promoted to acting deputy Senate sergeant-at-arms.

“Jan. 6 was unquestionably one of the darkest days in the history of our democracy,” Democratic Speaker of the House Nancy Pelosi said on the House floor.

“Because of the courage of the Capitol Police and other law enforcement officers, it will also be etched in history as a day of heroism.”

Republican Rep. Thomas Massie of Kentucky worried that adopting the term “insurrectionists” to refer to those present at the Capitol on Jan. 6 will cause unnecessary consequences for those who are involved in ongoing court cases.

“I think if we call that an insurrection, it could have a bearing on their case that I don’t think would be good,” Massie said.

“If they just wanted to give the police recognition, they could have done it without trying to make it partisan, without sticking that in there.”

Massie’s comments targeted both the latest and earlier versions of the legislation — the first of which passed the House in March, awarding Congressional Gold Medals to law enforcement for their services on Jan. 6. For that piece of legislation, 12 Republicans voted in opposition.

The latest legislation differs from the original in optics. However, the newest legislation also gives praise to two Capitol Police officers, William “Billy” Evans and Kenneth Shaver, who were killed and wounded, respectively, on-duty April 2 after a man attacked a Senate security barricade with his car.

The Republican caucus has remained divided on the issue of the Jan. 6 incursion.

In May, 35 House Republicans voted in opposition to an independent commission that would investigate the events of Jan. 6, on the basis that it would breed partisan rancor and theater.

The aftermath of the event has ushered in an odd period of ideological overlap, in which progressive Democrats have taken to defending the use of deadly force resulting in the death of retired military veteran Ashli Babbitt and conservative Republicans have criticized police use of force.

On the other side of things, some Republicans worry that honoring those responsible for the death of Babbitt may be unwarranted, as the crime was merely trespassing on public property.

The group of conservative Republicans has voiced concerns over the lack of transparency within the process, as the name of the officer has been withheld from the public.

House Democrats are using an opportunity to recognize the valor of our Capitol Police officers to launder a politically motivated narrative about the events of 1/6. This narrative includes a separate, unrelated attack in the casualty report.

“House Democrats are using an opportunity to recognize the valor of our Capitol Police officers to launder a politically motivated narrative about the events of 1/6,” Republican Rep. Warren Davidson of Ohio wrote on Twitter.

Brett Kershaw, The Western Journal
Watch: Border Patrol Dropping Off Illegals at Bus Station, Sending Them Out of Town
Trans Couple Uses Hungry Newborn Baby as Prop to Confirm Their Identity, Forces It to 'Breastfeed' from Biological Male
Olympian and Coach Withdrew from Games to Avoid Facing Israeli - Now They've Been Suspended
Gov. Abbott Signs 'Trigger Bill,' Will Kick Into Action Once SCOTUS Overturns Roe v. Wade
Pro-Cuba Libs Won't Want You to See This Video of an Island Native Walking Into a US Supermarket for First Time
See more...
Advertisement 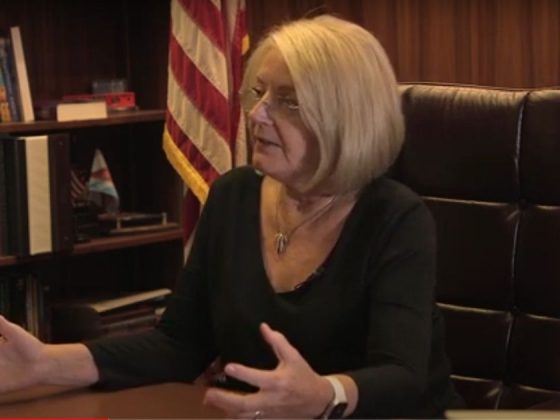