Trump Rips Cleveland Indians for Name Change: 'Such a Disgrace'

Trump Reportedly Thought Kavanaugh Should Have Concluded 'The Election Was Rigged'

Look at any mom’s phone and you’re sure to scroll through photo after photo of their children.

Georgia resident Josie Rock was no different — but what she captured in one photo made her blood run cold.

She was taking photos of her then-4-month-old baby, Asher, with her iPhone when the flash accidentally went off. He spooked and opened his eyes wide, but Rock didn’t think much of it until later when she was going through the photos and noticed that one of his wide-open eyes was glowing white instead of red.

“I was just taking pictures of him and the lighting happened to change in our room, the flash caught the reflection, and his eye was glowing white,” Rock told Fox News.

Trending:
'We Will Run Our Own Investigation': McCarthy Says GOP Will Conduct Its Own Jan. 6 Probe

“I knew right then and there that Asher had cancer. It was chilling, to say the least. He was just a baby.”

Rock, a 41-year-old labor and delivery nurse, remembered learning about “the glow” caused by retinoblastoma, so she started taking more photos with a flash on a professional camera.

She showed the resulting photos to some colleagues, who didn’t seem too concerned, but after a visit to the pediatrician “just to make sure,” Rock was hit with the news no parent wants to hear.

“I remember the color drained from her (the doctor’s) face after she did the proper examination,” Rock recalled to Fox News. “She turned the lights off and looked at his eyes and said, ‘Something’s not right.'”

Asher ultimately was diagnosed with grade D retinoblastoma and had to undergo treatment for the tumors that were in his eye.

“There are two kinds — heritable and non-heritable,” said Dr. Thomas Olson, director of the solid tumor program in the Aflac Cancer Center of Children’s Healthcare of Atlanta, according to Fox News. “Those with heritable ones, their parents may have had it so they get checked at birth, whereas if you don’t have a family history, it’s hard to know if you have it.”

“He finished chemo in 2015. The problem with retinoblastoma is it can pop up in other places. Over time, he had a few new ones pop up and they were lasered.”

So far, the now-7-year-old has had 54 exams and will continue to be examined. Asher is blind in that eye, but his mom’s actions kept the cancer from spreading, according to WGCL-TV.

Related:
'I'm Dead': Florida Biker Sees No Way Out After Losing Control and Ending Up in Water with Deadly Alligator

Asher’s story went viral after it was shared by Children’s Healthcare of Atlanta on July 11. Since then, the family has given many interviews and hopes their story will help bring awareness to the public.

“The way I see it, if it saves just one other child from having to go through what my son has, then I have done my job as a cancer parent,” Rock posted on Thursday. “I will never stop advocating for these children.

“Once you are placed in shoes, such as mine, and the millions of other parents of children suffering (and many losing their battles), then you’ll really understand our passion.”

Trump Rips Cleveland Indians for Name Change: 'Such a Disgrace'

“I guarantee that the people who are most angry about it are the many Indians of our Country.”

Cheney most recently alienated herself from other Republican members when she joined Pelosi's select House committee.
Dillon Burroughs, The Western Journal July 23, 2021

A House Democrat arrested during a Capitol Hill protest had attacked those involved in the Jan. 6 Capitol incursion as 'insurrectionists.'
Jack Davis, The Western Journal July 23, 2021

“We are excited to usher in the next era of the deep history of baseball in Cleveland.”

Trump Reportedly Thought Kavanaugh Should Have Concluded 'The Election Was Rigged'

“It’s the unvaccinated folks that are letting us down.”

Biden's prime-time town hall on CNN Wedensday couldn't even compete with Fox News, where it was a normal evening, with regard to ratings.
Kipp Jones, The Western Journal July 23, 2021

The curators at Georges Bergès Gallery wouldn't give Hunter Biden a sniff except for the fact that his last name is Biden.
Christine Favocci, The Western Journal July 23, 2021 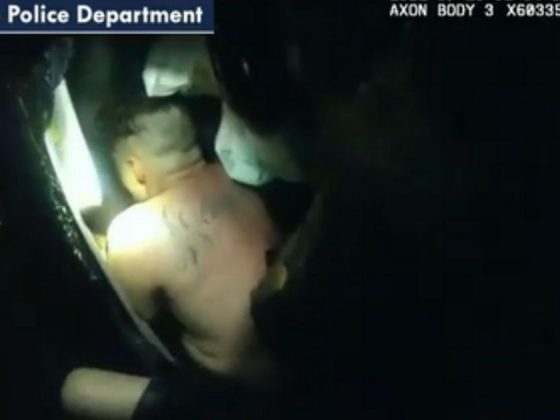 The man was clearly concerned for the driver, doing his best to assist and urgently asking Dolci to break the glass so they could move her.
Amanda Thomason, The Western Journal July 22, 2021
Next