America is a special place because of many well-known leaders who charted a course against tyranny and oppression and helped pave the way to this land of the free and home of the brave. The Fourth of July is the perfect time to take a moment to be extra thankful for this trail that was blazed.

But there are a number of trailblazers and heroes who don’t get the attention or admiration they deserve. Without these lesser-known, everyday heroes, America certainly would not be as outstanding as it is thanks to their acts of service and selflessness.

In 1953, a black female mathematician was hired by an aeronautic laboratory to calculate flight trajectories with a pool of women known as “computers.” Because she excelled in analytic geometry, she was recruited by the all-white division of male engineers that later became NASA.

It was Katherine Johnson’s calculations that sent the first American in space, Alan Shephard. John Glenn refused to orbit the earth without Katherine checking the numbers. Katherine worked from the first space flights to the Space Shuttle and even helped plan NASA’s mission to Mars.

By overcoming the double prejudice against her gender and her skin color, she paved the way for young women of all ethnicities to enter science and engineering professions. In 2015, Katherine Johnson, a great American, received the Presidential Medal of Freedom.

Todd Beamer was an account manager on a business trip on Sept. 11, 2001, when his plane — Flight 93 — was hijacked by the 9/11 terrorists. Joined by other passengers, he galvanized efforts to take down the terrorists and prevent them from crashing the plane into the U.S. Capitol or the White House. They forced the plane to crash-land in a Pennsylvania field. Unknown publicly before that day, he remains one of the heroes of Flight 93.

When Maurice Hilleman’s daughter got the mumps in 1963, he took a swab sample from her throat and drove to his laboratory in the middle of the night. He developed a vaccine against mumps that is still used today — and went on to develop more than 40 other vaccines to protect against other communicable diseases. This great American has been credited with saving 8 million people each year through his vaccines.

After Candy Lightner’s 13-year-old daughter was killed by a repeat drunk driver in 1980, she founded Mothers Against Drunk Driving. This great American’s efforts have resulted in tougher penalties for those who drive while impaired, resulting in a marked decrease in drunk-driving cases and many lives saved.

Abraham Lincoln freed the slaves, yet it was the abolitionist Ulysses S. Grant who won the war.

Grant was the least likely of heroes. An aspiring math teacher, he went to West Point on a fluke, only to cover for a neighbor who dropped out. When he later found himself in the Army, he quickly grabbed a book to learn how to call out orders. He suffered under weak generals during the Civil War, but when Lincoln gave him total command, he finished the bloody conflict within a year.

American history is full of the stories of ordinary people who did extraordinary things, often changing the course of the nation.

In our celebrity-centric culture, we are inundated with the same names every day: politicians, athletes, business and technology leaders, public and social servants and entertainment celebrities. Many of them are famous for the good they have done. Others seem to be famous just for being famous.

There are far more “unknowns” in American history than there are “knowns.” They are the faithful who excelled at the gift they were given and turned the wheels of our great nation.

Related:
Solomon: Lawyers for Hutchins' Family Have Brutal Surprise for Baldwin - Wait Until a Jury Sees It

Today I’m thanking God for America’s unknowns whose names are known to God alone. I’m also thanking him for those unknowns who do honorable and courageous acts of service for their country and become known by all as great Americans. 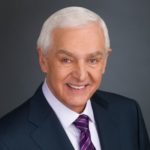 “In recent days, there have been quite grave public accusations that I was in a space where drugs were used, or that I myself used drugs.”

“This practice should never happen. It’s so disgusting and appalling.”

The Biden adminstration's decision concerning Afghan frozen assets has upset and divided many in the 9/11 community.
By Abby Liebing, The Western Journal  August 19, 2022

“You don’t think I thought to myself, ‘Are some of those people going to come and kill me?’”

'FBI whistleblowers have alleged that Auten tried to falsely discredit derogatory evidence against Hunter Biden during the 2020 campaign.'
By Samantha Chang, The Western Journal  August 19, 2022

“We use the word healthcare, we’re talking about a procedure that ends an innocent human life and we’re calling it healthcare?”

Financial difficulties are reducing many Americans to tears, and some think there is no end in sight, according to a new survey.
By Jack Davis, The Western Journal  August 19, 2022
Next