Every politician seeks to define his opponent. Such efforts are often transparently political and ineffective. But no label was more lethal than the one bestowed on Democratic presidential candidate George McGovern 50 years ago this month.

The April 27, 1972 edition of Inside Report, the long-running syndicated column by ace political reporters Rowland Evans and Robert Novak, came two days after McGovern won his party’s presidential primary in Massachusetts. The column chronicled the consternation of establishment Democrats over McGovern’s insurgent effort to capture the party’s presidential nomination.

One particular quote leaped off the page. It came from an unnamed “liberal senator” who claimed McGovern’s momentum would fade as his record came under increased scrutiny. The source said, “The people don’t know McGovern is for amnesty, abortion and legalization of pot. … Once middle America — Catholic middle America, in particular — finds this out, he’s dead.”

That quote inspired McGovern’s opponents in the remaining primaries and the subsequent general election to brand McGovern as the candidate of “amnesty, abortion and acid.”

McGovern attempted to show that his positions on these issues were more nuanced than the “Triple-A” label suggested. While he did support amnesty for Vietnam War draft dodgers, McGovern favored keeping abortion a matter of state law, and only favored the decriminalization, not legalization, of marijuana, let alone LSD. Nevertheless, voters came to see McGovern as an avatar of the hard left.

Ironically, over time the Triple-A label ceased to be a smear and became the proud agenda of the modern Democratic Party.

Any vestigial Democratic support for American sovereignty has since vanished. Last year, congressional Democrats thrice attempted to use the budget reconciliation process to grant amnesty to millions of illegal immigrants, only to be thwarted repeatedly by the Senate parliamentarian. Unlike prior amnesty legislation, these proposals contained no countervailing immigration enforcement provisions.

Not to be outdone by its congressional allies, the Biden administration has allowed 1.5 million illegal immigrants to gain access to the country according to the latest data, a figure that includes both those knowingly released by the administration into the country and those who have evaded interdiction. Interior enforcement has been commensurately lax, with deportations falling by 85 percent.

As the crisis strains the health care, education and criminal justice systems, the Democratic Party continues to support sanctuary jurisdictions that nullify federal law and provide a powerful magnet for illegal immigration.

Abortion. If the Democratic Party’s encouragement of illegal immigration suggests contempt for American citizens and taxpayers, its unconditional support of abortion betrays outright antipathy toward the unborn.

Recently, the Democratic supermajority in the Massachusetts Legislature overrode a gubernatorial veto to pass legislation permitting abortions for 16-year-old girls without parental consent. Last year, Illinois completely abolished its parental notification law for minors seeking abortions. This month, Colorado joined the growing number of states that permit abortion for any reason at any time during pregnancy.

Not long ago, the Democratic mantra on abortion was that it should be “safe, legal and rare.” Only “legal” remains.

Democrats in state after state have voted to allow non-doctors to perform abortions. In New York state, 1 in 4 pregnancies ends in abortion. In New York City, the number of pregnancies ending in abortion exceeds 40 percent overall and 50 percent among blacks. This is unsurprising, considering New York Democrats euphorically lit up One World Trade Center in celebration of abortion.

Related:
Op-Ed: The Time for Christian Citizens to Act Is Now

Until recently, most prominent Democrats supported restrictions on taxpayer-funded abortions. Not anymore. To its eternal discredit, the Democratic Party now illogically asserts that abortion is a personal choice others should be forced to pay for.

Acid. Eighteen states and D.C. have legalized recreational marijuana. Seventeen of those jurisdictions voted for the Democratic presidential candidate in 2020. All but two Democrats in the House of Representatives recently voted to abolish the federal prohibition on marijuana. McGovern never actually supported decriminalizing LSD, but in 2020, Oregon’s heavily Democratic electorate voted to decriminalize all drugs.

Having tripped over Triple-A, McGovern would never govern. He lost 49 states in the 1972 presidential election.

In 2007, the anonymous senator who leveled the Triple-A charge against McGovern was revealed as the late Thomas Eagleton, a stunning development as Eagleton briefly served as McGovern’s running mate before revelations of Eagleton’s past electroshock therapy ended his candidacy.

Nowadays, that would not keep Eagleton off the Democratic ticket. But his pro-life views would. 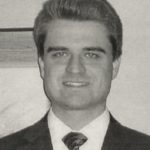