Is Vice President Kamala Harris uniquely unqualified to be a Supreme Court justice?

Concerning this burning question facing our republic, the Constitution is silent. It says nothing about Supreme Court justice qualifications. Perhaps the Founders failed to add constitutional parameters for one simple reason — it simply didn’t occur to them.

Why would it? Jefferson, Franklin and the other exceptional men who crafted our founding documents and created our country likely didn’t foresee the towering mediocrity that would pervade America’s future. They daily rubbed shoulders with intelligent and learned contemporaries, not so much with petty and partisan politicians.

Perhaps in their creative fervor, they didn’t consider the possibility of a future career senator whose only gift was for gab (and gaffes) becoming president and picking a vice president who’s even less talented.

We mustn’t blame them for our troubles. Supreme Court Justice Stephen Breyer is retiring and his seat must be filled. In a few short months, there’ll be a black female nominee and Senate confirmation hearings.

Beyond her race and gender, is Harris qualified to be a Supreme Court justice? Constitutionally, anyone, regardless of education or experience or profession, is qualified. Again, there are no constitutional requirements for a shot at a lifetime appointment to the highest court in the land.

Maybe it’s time for a constitutional clarification. If so, why not consider an upper age limit on presidential candidates? Maybe 72? While we’re at it, what about a minimum age for congressional hopefuls?

Should only judges be nominated to Supreme Court vacancies? Seems like considering a lawyer and now-VP would be like interviewing a flight attendant for an Air Force One pilot opening. No offense to hardworking flight attendants, but no one wants one piloting a plane.

Thankfully, the Harris-for-Supreme Court talk is almost surely silly stuff. She’s a minority and a woman, which is where it begins and ends. Besides, she’s got bigger ideas for her future — namely, her boss’ job.

Can anyone imagine Harris poring over legal briefs when, according to reports, she barely glances at her own? Cackling hysterically in response to difficult questions won’t fly in confirmation hearings, much less on the court.

What about Stacey Abrams? As far as political ambition goes, she’s like Harris, only a much better communicator. Abrams would be a candidate of intelligence and imagination. With surprising conviction, she imagined herself the sitting governor of Georgia for months after losing its gubernatorial election.

As a nation plagued with poor leadership and governance, perhaps it’s time we move to create a constitutional framework to prevent future unqualified nominees.

And make no mistake — Harris would make an eminently unqualified Supreme Court justice nominee. Never mind that she got through law school and served as California attorney general. At the very least, she lacks the necessary temperament.

Unlike the office of vice president, which is more or less an appointment based on political expediency, the Supreme Court is expected to curb (not aid and abet) unconstitutional overreach.

If President Joe Biden wasn’t so interested in making a transcendent pick, would it be at all surprising to see him give the formerly jilted nominee and now-Attorney General Merrick Garland another shot?

Regardless, the right thing for Biden — or any president — to do would be to nominate the best candidate available. Ideally, he or she would be a constitutionalist, not an ideologue, and the choice would be based on merit, not race or gender. 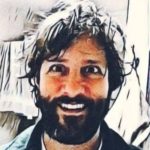 Patrick Luscri, The Western Journal
Docs From 2021 Int'l Security Exercise Showed Monkeypox Bio Attack on May 15, 2022
Teacher Behind Bars and Facing Serious Charges After Heinous Discovery on Her Phone
Eight Under Arrest After Girl Who Went Missing at Mavericks Game Is Found in Out-of-State Hotel
Mystery: Elderly Homeless Amputee Shot to Death, Police Baffled After Seeing Suspects
Family Forced to Scale Back Hunt for Missing Daughter After Volunteers' Abhorrent Behavior
See more...
Comment Down Below
Advertisement

In a November 2021 exercise, NTI looked at an outbreak of the monkeypox virus in the fictional country of Brinia on May 15, 2022.
By Elizabeth Stauffer, The Western Journal  May 22, 2022

A Virginia general science teacher has been charged after child pornography was allegedly found on her Snapchat account.
By Brett Davis, The Western Journal  May 22, 2022

A 15-year-old girl who went missing at an NBA game in Dallas was not found until days later in Oklahoma City.
By Jack Davis, The Western Journal  May 22, 2022

A homeless man was shot in the head outside of a McDonald's. Security footage of the murder has only led to more questions.
By Aaron David, The Western Journal  May 22, 2022

The hunt for a missing Texas toddler has faced obstacles because her family is now the target of harassment.
By Jack Davis, The Western Journal  May 22, 2022

The Lincoln Memorial was forced to shut down Saturday after a college party left the place unfit for visitors.
By Jack Davis, The Western Journal  May 22, 2022

A fence is already up outside the Supreme Court. The Department of Homeland Security has been preparing for trouble.
By Joe Saunders, The Western Journal  May 22, 2022

There is much less food, specifically wheat, in stockpiles than governments are saying, according to one expert.
By Jack Davis, The Western Journal  May 22, 2022

Massive Peanut Butter Recall Issued, If Your Jar Was Printed with This Throw It Out

A massive peanut butter recall is taking place due to fears of contamination; here is how to tell if you need to throw away your jar.
By Jack Davis, The Western Journal  May 22, 2022

Man Indicted in Murder at Wendy's, Police Say He Had Violent Reaction After Being Asked to Pull Up

This senseless murder is yet another example of how normalized hair-trigger violence has become in America today.
By Samantha Chang, The Western Journal  May 22, 2022
Next