Adventurous Dog Attracts So Many Passersby That Owners Finally Put Up Sign: 'We Know He's Up There!'

Rookie Cop and Rookie Firefighter Help Save Autistic Boys from House Fire: 'I Would Do It Again'

Trump Tried to Grab Wheel of Presidential Limo After Being Told He Couldn't Go to the Capitol on Jan. 6: Former Aide

Terrifying Fish Reeled In by Fisherman off of Coast of Australia

Many of us are feeling untethered right now. We’re being whiplashed from one crisis to another.

Memorial Day may hold the key to the healing we desire and desperately need.

For many Americans, Memorial Day is about mattress sales, new car deals and cookouts. However, what I see is true courage and ultimate sacrifice.

Memorial Day is a special day, a sacred day, that is set aside to remember the courage and sacrifice of the men and women who’ve given their lives for our freedom. Men and women who inspire freedom all over the world. Their heroism not only allows us to take a day off from work, but is a model of how we must face this present cultural moment.

Trending:
Adventurous Dog Attracts So Many Passersby That Owners Finally Put Up Sign: 'We Know He's Up There!'

Those who’ve given their lives for our freedom set a clear example of how we must relate to fellow human beings.

Since 1775, over a million people in the United States have paid the ultimate price for our freedom. This has created new opportunities for the flourishing of millions more — including my Ukrainian family.

Not long after the fall of the Soviet Union, my family decided to immigrate to the U.S. because of those opportunities. We wanted to experience the “life, liberty and pursuit of happiness” that was missing in the Soviet Union. Now, as an American, I deeply cherish the sacrifice of those who secured my freedom.

As a Ukrainian-born American, the past few months have inevitably left me thinking about the courage of those who are living in Ukraine. In the last 90 days, thousands of Ukrainian soldiers have laid down their lives in defense of freedom. They died fighting a tyrannical government that is threatening to steal a basic, God-given human right. Their fortitude is not in vain and is an inspiration to the watching world.

What if more of us followed their example? The example of those we’ve lost in the U.S. and those currently fighting, and dying, abroad. What if each one of us committed to facing the challenges around us with selfless courage?

That’s the type of life that Jesus Christ modeled and taught. Jesus said that he himself did not come to earth to be served, but to serve and to give his life for others (Luke 22:24-27). This often goes against our natural inclination for self-preservation and self-exaltation.

Life, as God intended it to be, is not simply about our personal well-being but the flourishing of all humanity.

The men and women who have courageously given their lives on the battlefield understood this. They died so that we would have an opportunity to flourish. Ukrainian soldiers are dying so that Ukrainians, and all lovers of democracy, can flourish.

Courage and sacrifice will take different forms in our daily lives. It may look like a kind word, a listening ear or a helping hand. It will require building bridges across ethnic, social and political divides. Without it, we will be lost. With it, our neighborhoods and our nation can flourish for generations to come.

As more of us actively follow the example of those who’ve given themselves for us, we will be better equipped to face the ongoing challenges that we encounter. 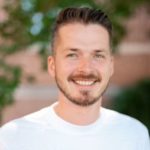 Adventurous Dog Attracts So Many Passersby That Owners Finally Put Up Sign: 'We Know He's Up There!'

Several people a week were knocking on their door to tell them about their crazy dog, so they decided to put up a sign explaining his antics.
By Amanda Thomason, The Western Journal  June 29, 2022

The 94-year-old who had spent nearly six decades as a local fixture promised them they hadn't seen the last of her yet.
By Amanda Thomason, The Western Journal  June 28, 2022

Rookie Cop and Rookie Firefighter Help Save Autistic Boys from House Fire: 'I Would Do It Again'

The off-duty cop knew something was wrong when he saw smoke and saw his neighbor run out of her home with only one of her three children.
By Amanda Thomason, The Western Journal  June 28, 2022

Trump Tried to Grab Wheel of Presidential Limo After Being Told He Couldn't Go to the Capitol on Jan. 6: Former Aide

On Jan. 6, 2021, then-President Donald Trump appeared to signal to the crowd of his supporters that he would join them in marching to the U.S. Capitol. And according to […]

Terrifying Fish Reeled In by Fisherman off of Coast of Australia

Actor James Woods said she was a 'delight' to work with, a 'true artist,' and called her death a 'terrible tragedy.'
By Abby Liebing, The Western Journal  June 28, 2022

A major convenience store chain is offering two gasoline blends at prices below $4 a gallon through July 4.
By Jack Davis, The Western Journal  June 28, 2022
Next