May 18 was a fairly normal day for Brad Chambers of Portsmouth, Virginia, as he worked with his landscaping crew, but it took a turn early on that no one could have predicted.

As he waited in traffic to get to the next customer, he spotted a puppy dart into the road and hide, terrified, under his car.

“I quickly got out to guide her out of harm’s way, when I noticed she was covered in blood,” he wrote on the Facebook fundraiser page he started shortly after the incident. “Upon a closer look, I saw many deep flesh wounds covering her body and a very scared and weak look across her face.”

Chambers, a former police officer, was one of the best people to have discovered her. He had the training and the equipment to act quickly and save the pup’s life before she bled out from the seven wounds she’d allegedly sustained being stabbed by her former owner.

“I pulled out my massive bleeding trauma kit that I always have with me, in case of emergency,” he continued. “While I applied gauze and quick clot to hold in as much of the massive amounts of blood she was losing, my crew called 9-1-1. We kept the sweet girl alert, as she fought for her life in those critical moments. Soon an ambulance arrived to rush her to the animal hospital.”

The pit bull mix was rushed into emergency surgery, where it was discovered that not only had she suffered multiple lacerations, but both her carotid artery and trachea had been nicked, causing expensive complications.

“The stab wound penetrated so deep into her neck that it damaged her trachea,” Chambers told WTVR, according to People. “It was air escaping her trachea into her lung and chest cavity around her heart.”

If Chambers hadn’t found her and quickly stopped her bleeding, she wouldn’t be alive.

The ex-cop stated online that he had immediately paid for her medical costs out of pocket because he’d been so touched by her plight, but he also said he was getting married in a month, and the unexpected costs had put a dent in their funds.

Apparently, he wasn’t the only one touched by the pup’s sad tale, and people donated to the cause to the tune of over $29,000.

Chambers said the excess would be used for various charitable causes, including pursuing legal action against the person who’d stabbed the puppy. The responsible party has been taken into custody.

The abuse hasn’t seemed to turn the pup off of humans, though, and she has a sweet and trusting demeanor.

“She’s one of the most loving dogs I’ve ever met,” Chambers said. “She’s recovered almost fully from all the surgeries and she’s got a ton of energy, and her loyalty is pretty solid.

“This is a dog who needs to find a place that everyone around her is going to benefit from her lovingness, and yeah, I love dogs … This is a dog that I get to share the next multiple seasons of my life with and all the memories that are to be had.”

To everyone’s delight, Chambers has adopted the dog. Now named “Smoke,” the puppy is in a much better home than she was before, and Chambers has plans for her to become a therapy dog.

“We are overjoyed to share the news that Smoke is coming home!” Chambers posted on Facebook on May 25. “She is such a fighter, having to fight more than any dog should have to. But now Smoke can look forward to just being a carefree pup!

“We cannot put into words how overwhelmed and blown away we have been this past week by how absolutely generous, thoughtful, and powerful the dog-loving community has been. You have rallied around this sweet pup and YOU truly saved her life.” 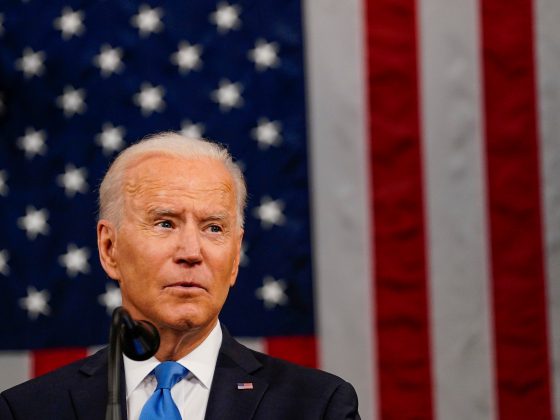