The death of Queen Elizabeth II on Thursday brought to an end a reign that reached back from our digital age, back across decades of stunning transformation, into a time that few today would even recognize.

It goes without saying that much changed during her 70 years on the throne. But, of course, some things stayed the same, including Elizabeth herself.

In 1957, five years after becoming queen, she reminded her subjects of what must always stay the same — and what would happen if it did not. In 2022, we would do well to look back and be reminded.

The queen’s Christmas address that year was televised for the first time. It was, as she noted, a technological advancement that could give her a more “personal and direct” connection with the British people. But how quickly advancement becomes upheaval! How easily change leads to confusion!

Through a medium that marked a new and shifting world, Elizabeth encouraged her listeners to build on an old and solid foundation.

“That it’s possible for some of you to see me today is just another example of the speed at which things are changing all around us,” she said.

“Because of these changes, I’m not surprised that many people feel lost and unable to decide what to hold on to and what to discard, how to take advantage of the new life without losing the best of the old.

“But it is not the new inventions which are the difficulty,” she said. “The trouble is caused by unthinking people who carelessly throw away ageless ideals as if they were old and outworn machinery.

“They would have religion thrown aside, morality in personal and public life made meaningless, honesty counted as foolishness and self-interest set up in place of self-restraint.”

(When was the last time you heard a leader promote self-restraint? Doubtless, Elizabeth’s words sounded quaint even just a few years later in the turbulent 60s.)

“At this critical moment in our history,” she continued, “we will certainly lose the trust and respect of the world if we just abandon those fundamental principles which guided the men and women who built the greatness of this country and commonwealth.”

This message has never lost its urgency in the 65 years since it was delivered.

You can watch it in its entirety here:

It is still the job of conservatives to heed Elizabeth’s warning to a disoriented world.

The queen had the conservative’s impulse to preserve what is good in our time-honored traditions. Indeed, as a modern-day monarch she couldn’t help but bring the past into the 20th and 21st centuries.

She was not, of course, a political figure. She did not advocate for candidates or policies. As she put it in the same broadcast, “I do not give you laws or administer justice.”

No, she had a different authority.

She was the embodiment of what she pointed to on Christmas Day 1957 — the cultural foundation of virtue and faith laid down by our ancestors. She was a symbol of continuity as society was overhauled around us and every possible break seemed to be made with the past.

Elizabeth was a living relic, just as the monarchy itself is; I do not say it with a sneer.

Alexis de Tocqueville said democracy “gives men a sort of instinctive distaste for what is ancient.” He was right.

Americans don’t generally go in for the funny outfits and mummery of the monarchy. But if you are a conservative, you must recognize your mission in the person of Elizabeth and now King Charles III.

We must preserve the meanings and memories of the past — Christianity foremost among them. That is the solid foundation in a world of sinking sand.

God save the king, indeed. 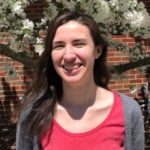 “It’s really hard to imagine what the future of women’s surfing will be like in 15 to 20 years down the road if we move forward in allowing this major change.”