Border Patrol encountered an all-time record 240,000 illegal immigrants in May. Just-released June numbers stand at over 207,000, a meager “improvement.”

The surge has reached crisis proportions, in large part because the Biden administration is abusing its legal parole authority, releasing tens of thousands of border crossers into the interior U.S and then offering them temporary work permits.

If the administration continues flouting the clear meaning of the statutes surrounding parole, it’ll only incentivize more people to journey here illegally — with disastrous consequences for American workers.

Under the Immigration and Nationality Act, the Department of Homeland Security has the authority to grant “parole” to certain foreigners who are in the U.S. illegally — allowing them to live and sometimes work in the U.S. for a temporary period without fear of deportation.

But federal law puts clear limits on this authority. It can only be applied to individuals on a “case-by-case basis for urgent humanitarian reasons or significant public benefit.” For example, a person who came here on a student visa and then was diagnosed with cancer could be offered parole if her visa expired but she hadn’t yet completed her chemotherapy regimen.

The Biden administration has brazenly ignored this stipulation, opting to indiscriminately grant parole to tens of thousands of illegal immigrants.

Between March and October of last year, officials granted parole to 160,000 illegal immigrants. Under the Trump administration, many of those migrants would have remained in Mexico, with guaranteed protection, until the U.S. had the resources to consider their applications for entry.

Critically, parolees are also allowed to apply for work permits — effectively transforming what was supposed to be a narrowly tailored humanitarian program into a gateway for cheap labor to enter the United States.

Employers reap the benefits since these desperate newcomers are willing to accept lower wages.

But those corporations’ gains are American workers’ losses. Forced to compete against a staggering number of new arrivals, Americans will have a harder time finding jobs and winning pay raises that keep pace with the highest inflation rate in decades. It’s the iron law of supply and demand.

Take Harvard economist George Borjas’ seminal study on the 1980 Mariel boatlift, in which an estimated 125,000 Cuban immigrants arrived in Miami over a period of months. His research demonstrates that the wages of low-skilled American workers declined by up to 30 percent as a result.

The nonpartisan Institute of Labor Economics discovered a similar trend in its 2020 study of the economic impact of migrants arriving in Florida after Hurricane Maria. Amidst the arrival of more than 120,000 individuals from Puerto Rico, they found that wages for low-skilled, native construction workers in the Orlando area declined substantially.

Those foregone earnings will only keep mounting as long as the Biden administration continues to actively incentivize the ongoing surge of border crossings by abusing its legal parole authority.

Wealthy corporations would surely cheer these lower wages, but the consequences for American workers could not be more devastating. 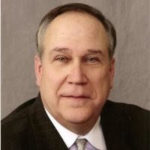