Reflecting the unprecedented flood of illegal immigrants into America that has been a hallmark of President Joe Biden’s first months in office, a record number of children are being held in federal custody.

More than 20,000 children who crossed the border illegally are currently in detention facilities, according to the Washington Examiner.

The Biden administration has touted a reduction in the number of children jammed into Customs and Border Protection facilities as proof that the crisis is ebbing.

Earlier this week, the administration announced an 88 percent drop in the number of children held in CBP facilities, the New York Post reported.

“In March, we faced a critical challenge at our border,” Secretary of Homeland Security Alejandro Mayorkas said in a statement.

“The men and women of DHS have been working tirelessly over the past several weeks to respond and rebuild. Their efforts have produced dramatic results — results that ensure the safety and security of both the migrants we encounter and the American people.”

Although that meant children were moved out of one agency’s hands, they were simply shifted to another.

The Office of Refugee Resettlement, an agency within the Department of Health and Human Services, reported that as of Tuesday, 22,195 children were in its custody the day prior, according to the Examiner. Another 2,000 children are in the custody of other federal agencies.

Almost 19,000 minors who crossed the border illegally and were traveling without their parents were detained in March, the BBC reported. That’s a record, dwarfing the previous high of 12,000 set in May 2019.

“The high number of kids in U.S. custody is a result of the pent-up demand of children fleeing danger and seeking protection in the United States who were barred from entering for one year during the Trump Administration. The Biden Administration did the right thing, albeit the harder one, in allowing these children a chance to seek safety,” Jennifer Podkul of the activist organization Kids in Need of Defense told the Examiner.

“While the Emergency Intake Shelters that are housing unaccompanied children temporarily until they can be transferred to a fully-licensed facility or released to a sponsor are not ideal, they are a vast improvement over holding children for extended periods of time in CBP facilities which are not appropriate for children and have no staff trained to interact with children.”

Although members of the Biden administration have said words to the effect that migrants wanting to enter the country illegally should wait for some unspecified time, The Washington Post has reported that the administration does not expect any slowdown in border crossings and anticipates that between 22,000 and 26,000 unaccompanied minors will arrive each month starting in September.

Republican Sen. Mitt Romney of Utah had predicted the spike would take place.

Related:
Poll: Nearly Half of Americans Now View Biden As ‘Too Liberal’

“The Biden administration’s lack of understanding of the power of incentives continues to baffle me: allowing unaccompanied minors to stay in the U.S. will yield a flood of unaccompanied minors. It’s de facto ‘child separation policy,'” he tweeted in March.

The impact of that could be felt far beyond the border, as reported by WINK-TV in Florida, which noted that 117 unaccompanied children were relocated to Collier County between October and March.

“But you couple that with children falling behind in distance learning and kids who are going to be in school in fall, if not now already who on grade level or age level are further behind, it puts pressure on school apparatus,” he said.

“They have to be sheltered, schooled,” said immigration attorney Michael Raheb, who indicated schools might need more teachers.

Jack Davis, The Western Journal
Carlson: GOP's New 'Commitment to America' Plan Is Missing the Mark - Points to Italy to Make His Case
'I'm Done': Judge Walks Out of Courtroom in the Middle of Christmas Parade Massacre Suspect's Sentence
Dem Senator Politicizes Hurricane Ian in Sickening Way: As Storm Targets Florida, 'We've Got to Win in November'
Gutfeld Thinks He Has His Finger on Why His Show Is Successful, Offers Advice to 'The View's' Sunny Hostin
Biden Rings 3 Florida Officials as Hurricane Ian Nears Shore, Misses the Most Important One of All
See more...
Comment Down Below
Advertisement 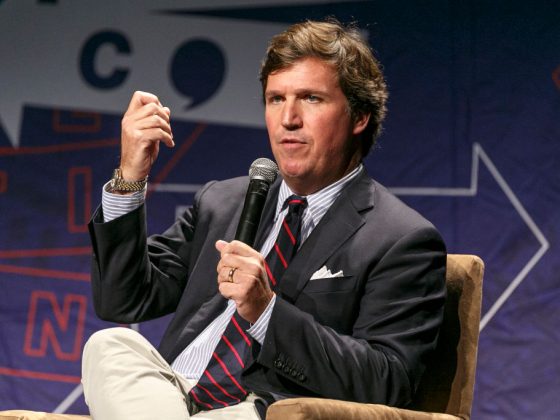 Carlson: GOP's New 'Commitment to America' Plan Is Missing the Mark - Points to Italy to Make His Case

Republicans recently rolled out their 'Commitment to America' inspired by 1994's 'Contract with America' that helped lead to a GOP landslide.
By Randy DeSoto, The Western Journal  September 28, 2022
Next