President Joe Biden reacted to the guilty verdict in the Ahmaud Arbery case, saying it “alone is not enough.”

Biden issued a statement Wednesday after a jury convicted Travis McMichael, Gregory McMichael, and their neighbor William Bryan who were charged in the death of Arbery.

“Ahmaud Arbery’s killing – witnessed by the world on video – is a devastating reminder of how far we have to go in the fight for racial justice in this country,” Biden said in a statement.

He acknowledged “nothing can bring Mr. Arbery back to his family and to his community, but the verdict ensures that those who committed this horrible crime will be punished.”

The president continued, “While the guilty verdicts reflect our justice system doing its job, that alone is not enough. Instead, we must recommit ourselves to building a future of unity and shared strength, where no one fears violence because of the color of their skin.”

Biden said his administration will “continue to do the hard work to ensure that equal justice under law is not just a phrase emblazoned in stone above the Supreme Court, but a reality for all Americans.”

Others reacted to the verdict, including Sen. Raphael Warnock (D-Ga.).

“This verdict upholds a sense of accountability, but not true justice. True justice looks like a Black man not having to worry about being harmed – or killed – while on a jog, while sleeping in his bed, while living what should be a very long life,” he said in a statement.

“Ahmaud should be with us today.”

Sen. Raphael Warnock says guilty verdict for three men in the death of Ahmaud Arbery “upholds a sense of accountability, but not true justice.” https://t.co/wGsMVadzfY pic.twitter.com/yI0p8orTpB

Georgia Gov. Brian Kemp (R) weighed in, saying Arbery “was the victim of a vigilantism that has no place in Georgia.”

He added, “As legal efforts continue to hold accountable all who may be responsible, we hope the Arbery family, the Brunswick community, our state, and those around the nation who have been following his case can now move forward down a path of healing and reconciliation.”

JUST IN: Georgia Gov. Brian Kemp on convictions of three men in the murder of Ahmaud Arbery: "Ahmaud Arbery was the victim of a vigilantism that has no place in Georgia." https://t.co/e7tUVN1ePT pic.twitter.com/I9Sd4SuqBV

Related:
Gas Prices Have Shot up 35% Since Biden Began 'Major Effort' to Lower Them

“It’s been a long fight. It’s been a hard fight, but God is good,” she said, adding, “I just want to tell everybody, thank you. Thank you for those who marched, those who prayed, most of all the ones who prayed.”

BREAKING: "I never thought this day would come—but God is good."

Ahmaud Arbery's mother Wanda Cooper-Jones reacts to the conviction of three men in the murder of her son. https://t.co/xANs0sbJ10 pic.twitter.com/ksOzGNUyZ1

As The Associated Press reported, Arbery was fatally shot while running through a neighborhood in February of 2020. 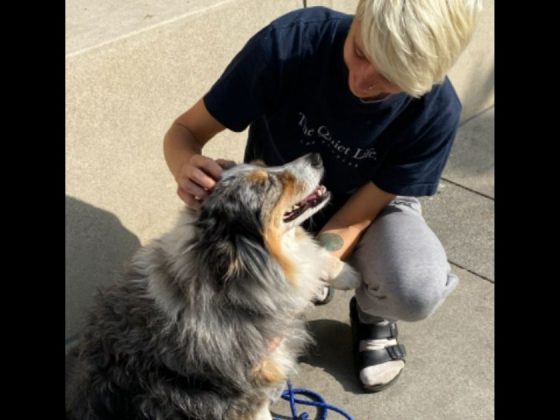