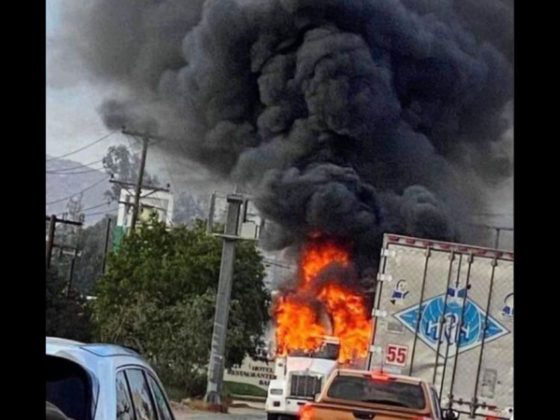 Cartel Imposes Curfew on Border City, Warns Everyone with a TV Broadcast

Man Calls 911 Over Cold McDonald's Fries, Cops Can't Believe Their Luck When They Run His Information

Sen. Ted Cruz (R-Texas) is convinced President Joe Biden is unwilling to give the media access to facilities at the U.S.-Mexico border.

“This past Thursday and Friday, eighteen of my Senate colleagues and I visited the border and witnessed firsthand the staggering public health and humanitarian crisis caused by your policies,” Cruz wrote in a letter to the president.

He added, “We understand the heartbreaking tragedy unfolding at the border because we were there. We saw it. But the American people are unable to see it because you remain intent on keeping the media from shining a light on your administration’s failures.”

The senator mentioned the press conference Republican senators held at the border on Friday.

Trending:
Cartel Imposes Curfew on Border City, Warns Everyone with a TV Broadcast

Cruz mentioned the infants and toddlers allegedly brought to the border by “human traffickers and then left alone,” adding reporters “could not see the row of children who, having just been crammed into the crowded cages, were now testing positive for COVID-19.”

Writing to Biden directly, Cruz said, “The reporters and the cameras could not see any of this because you, President Biden, prevented it.”

Cruz mentioned an incident he had with a Biden administration official who attempted to block him from taking photos of inside a border facility.

Concluding his letter, he called on Biden to “stop denying reality, confront the consequences of your policies, and allow the media access to these facilities.”

Savannah Rychcik
IJR, Writer
Reports: Actor Anne Heche, 53, Dies After Fiery Crash
Kids Can Get Gender-Affirming Hysterectomies at Boston Children's Hospital
Controversial Author Attacked and Stabbed During a Lecture
ND School Board Has Issue With 1 Word in Pledge of Allegiance, Stops Reciting It
Bidens Reportedly Enjoying Free Vacation at Beachfront Mansion Thanks to a Dem Donor
See more...
Comment Down Below
Advertisement

Cartel Imposes Curfew on Border City, Warns Everyone with a TV Broadcast

A Mexican cartel imposed a curfew on Baja, California, on Friday, warning that anyone caught in the streets would be harmed.
By Michael Austin, The Western Journal  August 14, 2022

Boaters off the coast of southern California lucked into a close and personal encounter with a massive blue whale.
By Richard Moorhead, The Western Journal  August 14, 2022

A loud 'boom' had residents wondering where the huge noise was coming from. Now, there might be an answer.l
By Richard Moorhead, The Western Journal  August 14, 2022

One man has been arrested after two incidents in east-central Pennsylvania that left two people dead and 17 injured.
By Jack Davis, The Western Journal  August 14, 2022

A Texas man who was on trial for child sexual abuse died under mysterious circumstances shortly after hearing the court's ruling.
By Matthew Holloway, The Western Journal  August 13, 2022

Man Calls 911 Over Cold McDonald's Fries, Cops Can't Believe Their Luck When They Run His Information

A wanted fugitive facing a murder charge called police himself after receiving cold fries at McDonald's. It didn't end well for him.
By Richard Moorhead, The Western Journal  August 13, 2022

CEO Posts Crying Selfie After Layoffs, And It Doesn't Go Well for Him at All

'Why don’t you cut your salary or don’t take one until the company is back where you need it to be?' one LinkedIn user wanted to know.
By C. Douglas Golden, The Western Journal  August 13, 2022

'Reckless spending in this town is what causes inflation. You are sacrificing American families at the altar of climate change.'
By Jack Davis, The Western Journal  August 13, 2022

A Philadelphia business owner has expressed his forgiveness for a flash mob of teens who ransacked his restaurant.
By Richard Moorhead, The Western Journal  August 13, 2022

'It's Gonna Be a Long Season': NFL Fans Fretting After 'Joke' Penalty Call in Week 1 of Preseason

It didn't take long for NFL fans to complain about a penalty call on Thursday that drew widespread disapproval.
By Jack Davis, The Western Journal  August 13, 2022
Next