Despite the rantings of modern-day revisionists seeking to expunge them from memory, Washington and Lincoln continue to stand as towering figures in American history.

But sadly, not just their statues are targets of cancel culture. The freedom they both cherished so deeply and for which they sacrificed so much is under attack not from foreign despots but from within.

It is a tragic irony that secularist zealots use the First Amendment as a constitutional fig leaf in their never-ending crusade to purge all references to faith from the public square.

In 1789, George Washington addressed the United Baptist Churches of Virginia, but his words speak to the attacks on religious liberty today:

“If I could have entertained the slightest apprehension that the Constitution framed by the Convention, where I had the honor to preside, might possibly endanger the religious rights of any ecclesiastical Society certainly I would never have placed my signature to it. … I beg you will be persuaded that no one would be more zealous than myself to establish effectual barriers against every species of religious persecution.”

Yet far too often the words meant to protect our most precious freedom have been twisted by courts to do just the opposite.

To fire Joe Kennedy, a public high school football coach, for kneeling in silent prayer after games requires contorting the Establishment Clause to the point of exclusion of the Free Exercise Clause.

To question then-nominee Amy Coney Barrett’s fitness for service on the Supreme Court because “the dogma lives loudly” within her requires an astonishing degree of ignorance or apathy to the ban on religious tests for office found in Article VI.

To ban volunteer chaplains from a broad spectrum of faith traditions from opening Texas Justice of the Peace Wayne Mack’s court sessions with an invocation requires such willful antipathy toward the intent of the Founders that Washington’s name would have to be removed from the Constitution.

While the avant-garde foot soldiers and would-be commissars of cancel culture might not flinch at removing Washington from our history, perhaps they would consider the Great Emancipator’s advice regarding the denial of rights we cherish to those with whom we disagree:

“Our reliance is in the love of liberty which God has planted in us. Our defense is in the spirit which prized liberty as the heritage of all men, in all lands everywhere. Destroy this spirit and you have planted the seeds of despotism at your own doors. Familiarize yourself with the chains of bondage and you prepare your own limbs to wear them. Accustomed to trample the rights of others you have lost the genius of your own independence and become the fit subjects of the first cunning tyrant who rises among you.”

Another great president born in February, Ronald Reagan, put it this way: “Freedom is indivisible. There is no ‘s’ on the end of it. You can erode freedom, diminish it, but you cannot divide it and choose to keep some freedoms while giving up others.”

Whether it is serendipitous or providential that religious liberty is enshrined and protected first in the Bill of Rights, the fact remains that it is the foundation upon which all other freedoms rest. If we allow the government to invade the space between man and God and force an individual to violate his own conscience, can any sphere of life be safely regarded as immune from government interlopers?

While many Americans today view Presidents’ Day as a day off school for students or an opportunity to get a good deal on a new television, it began as a celebration of the legacy of George Washington, born Feb. 22, and later Abraham Lincoln, born Feb. 12.

Related:
Op-Ed: Memorial Day May Hold the Key to the Healing We Desperately Need

While neither were perfect, we would do well to recall their wisdom or risk sentencing ourselves and our posterity to lives fettered by the consequences of ignoring it. 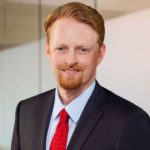 Lathan Watts, The Western Journal
Liz Cheney Says She Is 'Ashamed' of Republicans, Then Makes Astonishing Claim About FBI
Trump Responds to Garland's Press Conference - 'They Got Way Ahead of Themselves'
Fox News Gives Longtime Anchor Shannon Bream a Historic Promotion
Report: Anne Heche Was on Cocaine During Accident, May Not Survive
Pittsburgh Steelers Star Sued After He Allegedly Ditched Children at His Own Youth Football Camp
See more...
Comment Down Below
Advertisement

Contrary to Cheney's belief, questioning the motives and integrity of an FBI agents is not the same as threatening them.
By Grant Atkinson, The Western Journal  August 12, 2022

Former President Donald Trump is responding to Attorney General Merrick Garland after the federal official ordered a raid of his home.
By Richard Moorhead, The Western Journal  August 12, 2022

Actress Anne Heche had drugs in her system when she drove into a Los Angeles home, leaving her in critical condition.
By David Zimmermann, The Western Journal  August 12, 2022

“I’m so deeply excited for everyone to see what this role is, what it entails and everything it is,” the actor said.

“Will he repeat the performance when he comes to Israel this fall?”

“Instructions were given to authorized structures to carry out negotiations.”

“Do you have any thoughts on Mark Zuckerberg?”

Imagine a child waking up excited to meet an NFL star, only to travel all the way to the site of the camp and find out he was not coming.
By Grant Atkinson, The Western Journal  August 11, 2022

“Our family deeply appreciates the vast ocean of love and support that has come our way.”