The publisher of the Washington Post has taken President Joe Biden to task for planning to visit Saudi Arabia and meet with Crown Prince Mohammed Bin Salman, also known as MBS. MBS is considered the de facto head of the Saudi government.

Fred Ryan blamed MBS for the death of Washington Post columnist Jamal Khashoggi. Khashoggi, originally from Saudi Arabia but an American resident, opposed the regime. While visiting Turkey in 2018, Khashoggi walked into the Saudi consulate in Istanbul, where he was killed.

There were conflicting reports on what happened that day. Saudi officials said Khashoggi died from a rogue operation, while Turkish officials claimed he was murdered on orders from the top levels of the Saudi government.

Ryan claimed that Biden once vowed to make MBS a “pariah” for killing Khashoggi, but now wants to be friendly with the Saudi leader for political reasons.

“So why is President Biden now going to Jiddah on bended knee to shake the ‘pariah’s’ bloodstained hand? Once again, he is seeking votes,” he wrote.

He said Biden now needs the Saudis to increase oil production in order to help lower gas prices at home. But getting friendly with MBS is a bad move, according to Ryan.

“About-faces such as the one Biden is making erode our moral authority and breed anti-American resentment,” wrote Ryan.

Biden defended his decision with an editorial of his own in The Washington Post. He said it was important to visit Saudi Arabia to create a more secure and integrated Middle East, especially during the instability stemming from the Russian war with Ukraine.

“From the start, my aim was to reorient — but not rupture — relations with a country that’s been a strategic partner for 80 years,” wrote Biden.

Relations with Saudi Arabia have been strained since Biden took office. When the war in Ukraine broke out, Biden’s pleas asking Saudi Arabia to produce more oil fell flat. Instead, the Saudi government tilted toward friendlier relations with Russia, per a Wall Street Journal report.

The face-to-face meeting with MBS will be controversial.

“Now, it is the U.S. president who is turning a blind eye to Jamal’s murder in an effort to lower gasoline prices in advance of this fall’s midterms,” Ryan wrote.

There are many issues at stake in the Biden visit to Saudi Arabia. Along with human rights and oil production, the Biden administration wants to encourage efforts to end fighting in Yemen, as well as curb the growing influence in the region from Iran and China. The president is visiting Israel before going to Saudi Arabia. 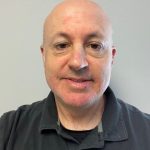 “We are united in opposition to this policy proposal.”

“We’ve made our concerns clear with TikTok.”

In an unprecedented move, the NBA referees made a stunning (and groveling) apology to the Lakers and LeBron James.
By Bryan Chai, Western Journal  January 30, 2023

“All I wish for her now is that she can somehow find peace.”

“The Department’s longstanding policy is to maintain the confidentiality of such information regarding open matters.”

It wasn't clear whether the shooting was accidental or intentional, but it's clear that shootings of children in D.C. are far too common.
By Jack Davis, Western Journal  January 30, 2023

Democrats Express Concerns Over Harris' Political Strength: Not 'Adept as a Communicator'

“I don’t know that she has what it takes to get over the hump in our present environment.”

A Pennsylvania man saw something disturbing on his business' doorbell camera and used the Second Amendment to protect his property.
By Jack Davis, Western Journal  January 30, 2023

"Because Jesus lives our friends’ temporary departure from us creates a fraction of the pain compared to the infinite joy there will be."
By C. Douglas Golden, Western Journal  January 30, 2023

“I can’t offend our core audience of news junkies.”