Sprinter Sha’Carri Richardson was kicked off an American Airlines flight Saturday, according to a pair of Instagram videos she released that show her being combative with flight attendants and fellow passengers.

Richardson posted one video in which she said she was going on vacation. In the video, she rebuked a flight attendant who leaned into the video frame as an announcement was being made to put away devices.

#shacarririchardson gets kicked off a flight when the flight attendant told her to get off a phone call and put her phone on airplane mode. She started recording a video, refused to stop, yelled at the attendant, abused passengers and the whole flight applauded as she left. pic.twitter.com/Og3OGRcXPw

She insisted then that she was the victim of ill-treatment and had done nothing wrong, and she cursed at a fellow passenger who had the temerity to say something with which she disagreed.

“Tell me if I’ll be wrong to pursue legal actions against the airline @americanair not only did the man threaten me but also an innocent bystander who simply just wanted a picture with me,” she wrote on Instagram in a post accompanying a video of her recording herself making an assortment of complaints about how she was treated.

“In the beginning of the video you can hear a Caucasian male state that he doesn’t give a f as a man that male flight attendant is intimidating a woman,” she posted.

“Also the captain not doing anything to help the situation and this flight attendant has the applause when I exited the plane when I’m pretty serious the disrespect I received would not have happened if I was a one of them.

“One of them even stated good luck with your ban ( I see he took the time to do some research but not stand up for what’s right) soooo @americanair this flight attendant name was John and he refused to state his last name.

“However him and the lady y’all see standing next to him looked me up also if I see videos posted from this flight, watch,” she continued.

In the video accompanying that post, Richardson claimed the flight attendant from the initial incident should be reprimanded. As she spoke, another passenger complained that the scene was causing a delay that was going to force him to miss a connecting flight.

“Oh, so you’re worried about a connection when a grown man is disrespecting me?” Richardson said.

Related:
'This Is Evil': 'Woke' Grammys Under Fire for 'Unholy' Satan-Worshipping Performance

Richardson insisted repeatedly that she did nothing wrong.

Eventually, she was told the captain wanted her off the plane. She argued against being taken off the plane, claiming she was mistreated. She insisted that her video showed the flight attendant ruined her video and should be disciplined. As she got up to leave, fellow passengers applauded.

An American Airlines representative said, “We reaccomodated the customer on a later flight and a member of our team has reached out to learn more,” according to NBC.

Jack Davis, Western Journal
15-Year-Old Student Born with Undeveloped Hand Gets Life-Changing Robotic Surprise from Classmates
Catholic Student Removed from School for Rest of Year for Believing God Created Only Two Genders: Report
Droves of God-Fearing Americans Descend on Mall of America After Man Was Ordered to Remove 'Jesus Saves' Shirt
Official Backtracks on Spy Balloons Under Trump Narrative, And It Makes It So Much Worse for Biden
Longtime Assistant Divulges 'The Secret Recipe of Ronald Reagan' on Former President's 112th Birthday
See more...
Comment Down Below
Advertisement 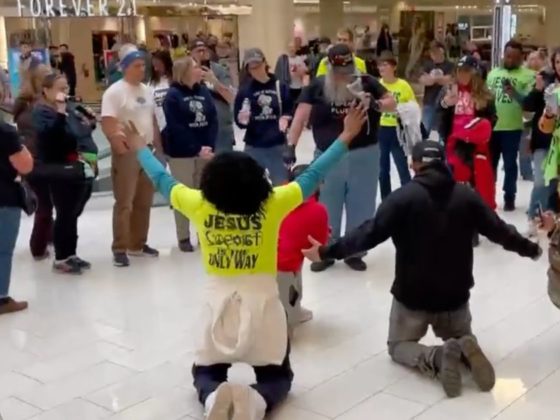 Team Biden tried to drag Donald Trump into the Chinese spy balloon disgrace. It isn't working. And it's not going to work.
By Joe Saunders, Western Journal  February 7, 2023 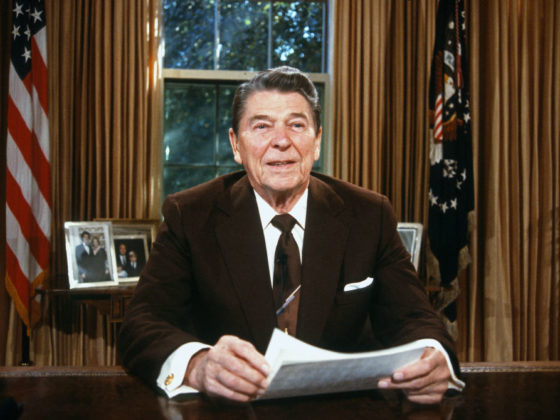 A woman who worked as an aide for Reagan shared what she said made him so special on what would have been his 112th birthday.
By Johnathan Jones, Western Journal  February 7, 2023
Next