The White House is defending gas prices ahead of Memorial Day weekend, saying they have “stabilized.”

“As Americans are hitting the road, they are paying less in real terms for gas than they have on average over the last 15 years — and they’re paying about the same as they did in May 2018 and May 2019,” Psaki said in a statement.

She added, “The Administration’s success in beating the pandemic and getting our economy back on track has led to increased demand for gas as the country re-opens. But, while prices have increased from the lows last year — as demand drastically dipped — prices at just about $3 per gallon are still well in-line with what they’ve been in recent decades.”

Pointing out prices have “stabilized” since last week after a spike earlier this month, Psaki continued, “This is due in part to the administration’s aggressive, whole-of-government response to the unprecedented shutdown of that pipeline.”

“The President knows that gas prices are a pain point for Americans—especially the middle-class families he’s put at the center of his economic agenda. That’s why President Biden is opposed any proposals to raise the gas tax,” the press secretary said.

Trending:
Graham Has a Two Word Message for GOP on How To Block $3.5 Trillion Spending Bill

The average cost for a gallon of regular gas nationwide is $3.04. The cost is up 58% from a year ago. Gas prices also increased earlier this month after a ransomware attack forced an East Coast pipeline to shut down.

“Remember as you’re watching the meter tick, and your dollars pile up, how great of a job Donald Trump did as President. Soon Russia and the Middle East will be making a fortune on oil, and you will be saying how good it was to have me as your President,” he said.

According to a source familiar with the plan, Cheney will deliver her opening statement on Tuesday following Rep. Bennie Thompson’s (D-Miss.).

“We want to fight a fight about getting the pandemic under control and things that actually impact people’s lives.”

Sanders said, 'make the best, most informed decision you can that helps your family, community, and our great state be its very best.'
Dillon Burroughs, The Western Journal July 26, 2021

New Capitol Police Chief Pushes Back Against Claim That Jan. 6 Was a 'Lovefest'

“Don’t do the infrastructure deal.” 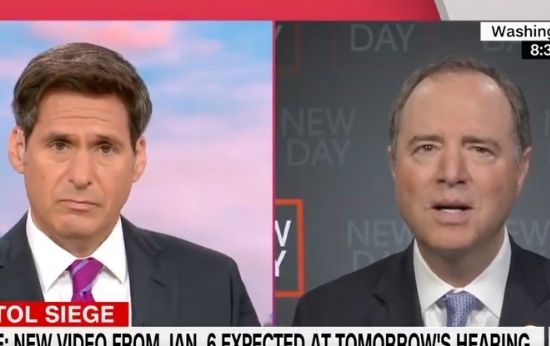