Musk shared a meme on Twitter that alluded to the latest scandal surrounding Biden. As reported by Fox News, Biden was allegedly seen measuring out an illicit substance he had purchased from an unknown woman believed to be involved in unlawful activity.

The U.S. president’s son is often referenced as the most controversial member of the Biden family. In the past, he has admitted to being an alcoholic and a drug addict. In addition, the 52-year-old has also been accused of committing money laundering and tax fraud.

In his tweet on Wednesday, Musk wrote, “A+ for cinematography,” with the meme showing a military member decked out in recording gear, along with the text “Hunter Biden every time he buys crack and hookers.”

According to Mediaite, Musk was evidently referencing the leaked images and video being shared online pertaining to the recent event and other scandals. The video shows Biden allegedly purchasing what is presumed to be an illicit substance from an unknown woman. However, it’s not known when this event took place or where at this current time.

Various anonymous users at 4chan have claimed to be behind the leaked videos, with users stating that they hacked Hunter Biden’s iCloud backup from his Apple devices.

The clip is causing a media stir, but so are other scandals, including a recent video involving nudity, an unknown woman, and a gun. 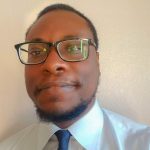 Jason Collins
IJR, Contributor
Dem Lawmaker Says People Can See The 'Spin' That Biden Is Putting on His Statements About Inflation
Deadline Approaching for Biden to Intervene as Freight Rail Strike Looms
Elon Musk Has A New Target – Hunter Biden
GOP Rep. Lauren Boebert Details Her Past 'Run-Ins With the Law' in New Book
Parkland Father Slams Biden's Move On Guns After He Interrupted White House Event
See more...
Comment Down Below
Advertisement