Rev. Franklin Graham, CEO of Samaritan’s Purse and of the Billy Graham Evangelistic Association, praised a rising NFL star for maintaining his faith in the face of his career.

He reacted to comments Purdy made following the win against the Dallas Cowboys to head to the NFC championship game.

When asked about his rise throughout the season, Purdy said, “I don’t try to make it more than it is. I’m a faith-based guy so that’s how I stay grounded.”

He added, “I don’t look at football like it’s literally everything, like it’s do or die or anything like that. It’s a game and it’s my job and I take it very seriously but at the end of the day I know that I’m not defined by the wins or losses as a person.”

Purdy declared, “It’s not who I am, I’m not a quarterback, I wasn’t born just to be a quarterback and play football and that’s it. I have a life. At the same time, I’m a competitor and I love to compete and want to win at all costs.”

In his post on Facebook, Graham wrote, “Congratulations to QB Brock Purdy and the San Francisco 49ers on their win last night over the Dallas Cowboys!”

He added, “They’re now just one game away from the Super Bowl! In addition to being a super talented football player, I love the fact that Brock Purdy is so open about his faith in Jesus Christ.”

I haven’t rooted for the @49ers since @JoeMontana, but I’m sure pulling for them now!

After Trey Lance and Jimmy Garoppolo were injured, Purdy got his chance to play.

Purdy is currently undefeated in his past seven games as a starter.

The 49ers will face off against the Philadelphia Eagles Sunday to determine who will go to the Super Bowl.

"I’ve got one leg, I’ve got no feet, I see through one eye, got one workable hand, I was burned all over -- and I feel stronger."
By Lorri Wickenhauser, Western Journal  January 27, 2023

“These are manufactured in the Sunshine State and first developed in the Vietnam War.”

It's not just your stove. The Democrats are coming for just about all your kitchen appliances as part of their radical climate change agenda.
By Warner Todd Huston, Western Journal  January 27, 2023

35-Year-Old Former NFL Player Says He Almost Died from a Stroke, Can't Believe It: 'God Not Done with Me Yet'

A former Washington Redskins defensive tackle is thanking God for his life after surviving a serious stroke.
By Richard Moorhead, Western Journal  January 27, 2023

Prince Andrew Has Been Evicted from Buckingham Palace Apartment by King Charles: Report

"All his treasured possessions have been shifted out while renovation takes place — and they will never return ..."
By Lorri Wickenhauser, Western Journal  January 27, 2023

'We Need a Change': DeSantis Backs Challenger to Ronna McDaniel Ahead of RNC Vote

“We’ve had three sub-standard election cycles in a row.” 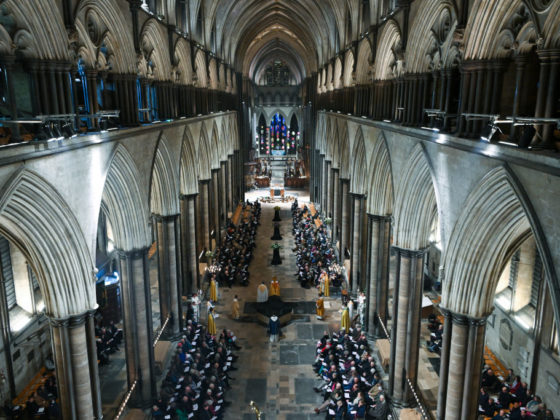 After years of debate, the bishops of the Church of England won't support same-sex "marriages."
By Jack Gist, Western Journal  January 26, 2023
Next